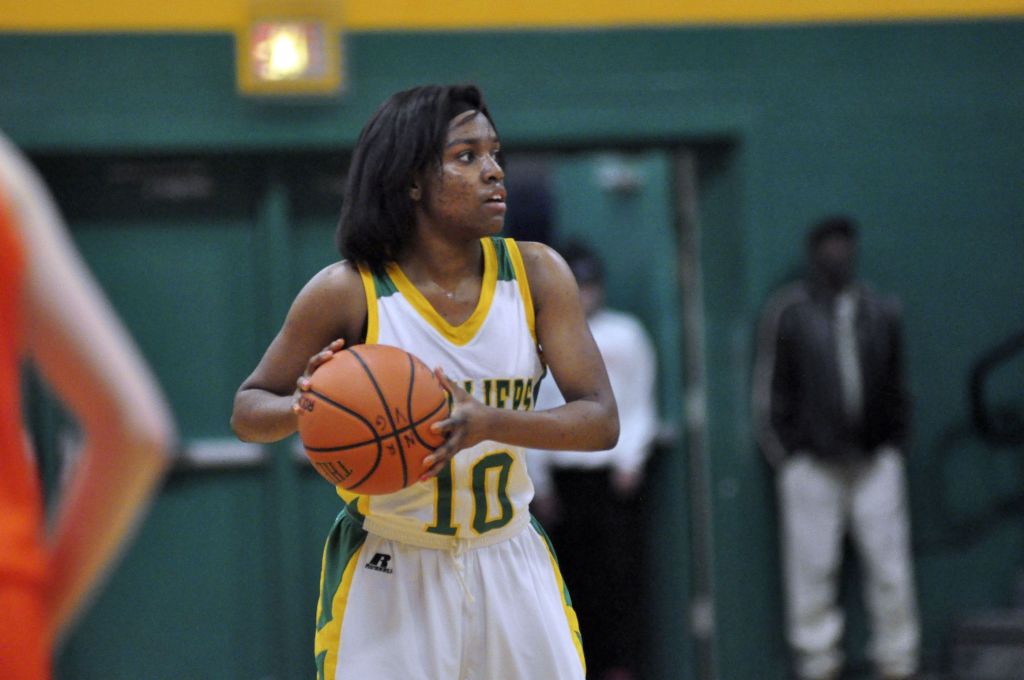 SPENCER — After leading-scorer Brielle Blaire was carried off the court with a leg injury early in the third quarter of Friday’s Central Carolina Conference opener against Lexington, North Rowan had no choice but to regroup.
It took a few minutes, but the Cavaliers rallied behind their fallen leader and coasted to a dominating 60-38 triumph to remain perfect on the season at 8-0.
“It was a hard-fought battle. We were handling them pretty well when Brielle got hurt. That kind of set us back because they were concerned about her,” head coach Brian Lytton said. “But I told them that they had to stay focused and know what’s going on to preform and win the game. And I thought we did a good job of that for the most part.
“It took us a minute to pull ourselves together and figure out what we needed to do. But once we did that, I thought we did a good job.”
Less than two minutes into the third quarter, Blaire crashed to the ground after going up to block a shot. The Virginia Tech committ clutched her right leg in pain and was eventually carried off the court by two coaches.
Lexington took advantage of her absence in the paint and trimmed the once 23-point deficit down to 13 at 42-29 late in the third.
But Demeria Robinson and the Cavaliers responded, using a suffocating full-court press in the fourth quarter to seal the hard-fought 60-8 victory.
“We were trying to spread them out and make them come out and play us,” Lytton added. “We can put five really quick girls on the floor, so we should be able to spread them out and get easy shots. It took us a little bit to get into a rhythm. We weren’t all in the same offense for a little bit.
“This was really good for us – we needed it. I think it’s a blessing in disguise.”
Behind Blaire, North jumped out to a commanding 18-5 lead in the first quarter, not allowing a Yellow Jacket field goal for the first seven minutes of the game.
“I think we’re able to surprise people at the beginning of games with our speed and our skill. When we shoot the ball well, we really can put up a lot of points fast,” he continued. “Fortunately for us, we got off to a really fast start making shots. We were able to get into our transition.
“Early in the game, they were trying to figure out our press, and we were able to take advantage of that.”
All five starters finished with at least nine points, led by Special Washington’s season-high 15 points. Robinson tallied 13 points, while Nycieko Dixon added 11.
Ashley Blaire scored 10 points, while Brielle Blaire scored nine points before her injury.
LEXINGTON (38) — Fowler 20, Wall 7, Hayes 4, Herman 15, Ellison 2, Sanders 2, Beverly, Nichols.
NORTH ROWAN (60) — Washington 15, Robinson 13, Dixon 11, A. Blaire 10, B. Blaire 9, Farmer 2.
N. Rowan 18 16 11 15 — 60
LEXINGTON 5 10 14 9 — 38