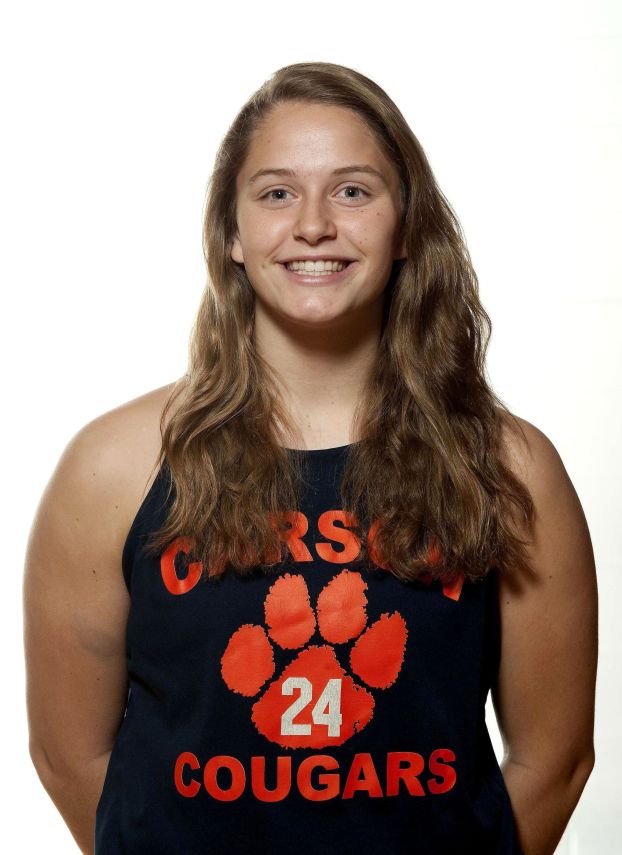 CHINA GROVE — Carson’s girls didn’t open the new year with a full head of steam, but it continued its winning ways.
Despite turning the ball over 32 times, the host Cougars outlasted Northwest Cabarrus 51-44 in a genuine, scratch-and-claw confrontation.
“That’s the way it is in this conference,” coach Brooke Misenheimer said after Carson (6-6, 4-2) won its foruth consecutive SPC match. “It’s never pretty. It’s ugly, but it’s a win. A huge win.”
Carson received a career-best 23 points from junior Alex Allen, but that wasn’t the meat of the story. Her last field goal came with two minutes to play. Then the Cougars sank 10 of 12 free throws in the final 1:34 to rally from a fourth-quarter deficit.
“We did the work,” Allen said after boosting her scoring average to 17.9 points-per-game. “We made our shots when we had to and we made free throws when we need them. There’s not a day that we don’t practice them. And late in the game we got into the mindset that we had to make them.”
Northwest (3-6, 1-5) made only four baskets in the first half, then doubled its total during a 50-second span of the third quarter. “It’s not hard to figure out,” said NWC coach Anthony Bethea. “It shouldn’t have been that close. We missed 10 layups in the first half — and that’s something we practice all the time.”
There was only 1:44 remaining in the game when Ramesha Bennett converted two free throws to give the Trojans a 42-41 advantage. But all that did was set the stage for Carson’s 10-2 finishing kick.
“We started attacking them so we could get to the (free throw) line,” said CHS senior Megan Gray.
NW CABARRUS (44) — Bennett 17, Lamburt 12, Smith 6, Hott 3, Grant 3, Wareham 2, Bost 1.
CARSON (51) — Allen 23, Cole 8, Gray 7, Clark 6, McLary 4, Roberson 3, Huffman, Van Voorhis.
NW Cabarrus 9 10 14 11 — 44
Carson 11 13 9 18 — 51