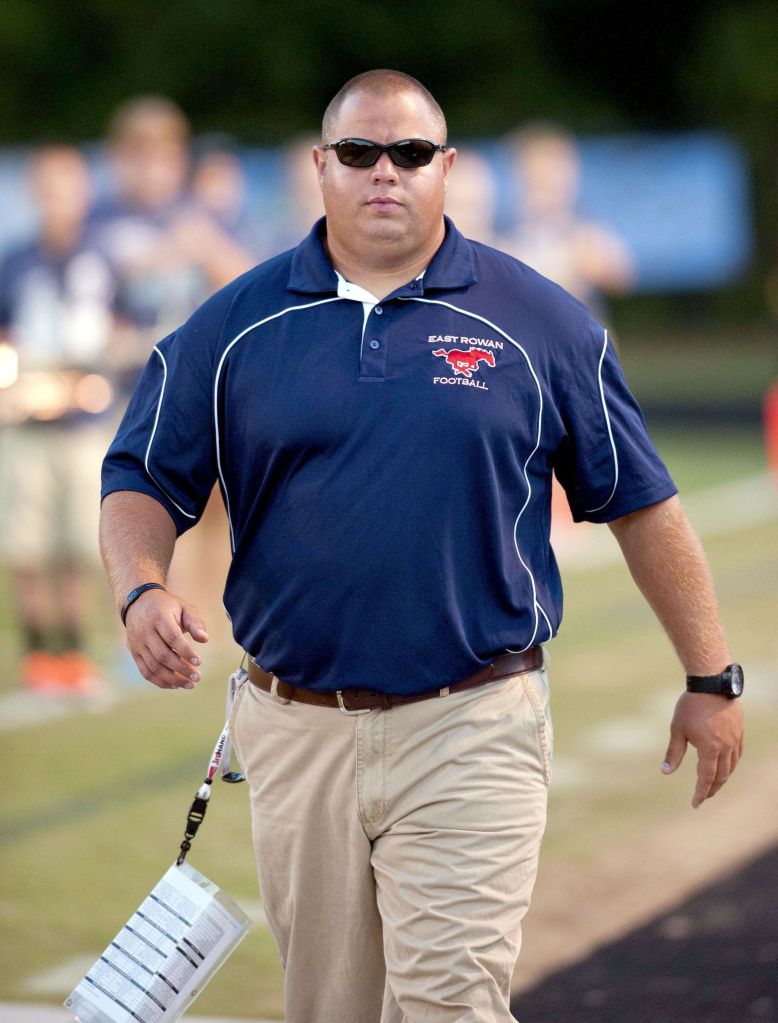 Danny Misenheimer is stepping down from his post as East Rowan football coach.
Misenheimer will officially resign from his duties as the head coach Monday. East went 4-8 last season and fell in the first round of the playoffs. Misenheimer is transferring to Bostian Elementary where he’ll be a custodian as he was at East. Misenheimer said he voluntarily resigned so he could spend more time with his family.
“As a family, we’ve decided to focus on us,” Misenheimer said in a telephone interview Friday. “I am a coach. That’s who I am. I love every minute of it and eventually I’ll get back to coaching.”
Misenheimer, 31, was East’s seventh head coach since 2002.
“I hate to see him go,” East assistant Jason Barnes said. “Danny was always a positive influence on the kids. I’m a little shocked but at the same time, I understand.”
The 2000 East graduate and former Appalachian State wrestler and shot put athlete helped the Mustangs to a 8-5 record in his first year and was named County Coach of the Year by the Post. East gathered upsets against Salisbury and West Rowan in a storybook year that followed a 1-9 season. The Mustangs went to the third round of the playoffs and had linebacker Tyler L’Hommedieu sign to play at Army.
“I thought our kids bought in incredibly,” Misenheimer said. “They’re a great group of kids and they work harder than anyone around. There was great support from the teachers and the coaching staff. It was a great experience for me.”
This season didn’t feature the success that 2012 brought. East’s Calvin Edwards, the county’s leading returning rusher, never got on the field after suffering an off-season injury. Seth Wyrick broke a school record for receiving yards in a season to highlight the year. After starting 2-1, the Mustangs lost seven of their last nine.
“Our kids played hard, we just didn’t do a lot of things right,” Misenheimer said. “They practiced hard and worked hard. We didn’t win some games we should have and were just outmatched in some games.”