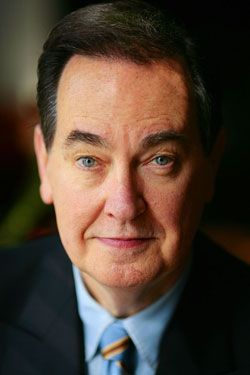 In his State of the Union address on Jan. 8, 1964, President Lyndon Johnson declared a “war on poverty.” Today, with roughly the same number of people below the poverty level as in 1964 and with many addicted to government “benefits,” robbing them of a work ethic, it is clear that the poor have mostly lost the war.
In 1964, the poverty rate was about 19 percent. Census data from 2010 indicates that 15.1 percent are in poverty within a much larger population.
The lack of government programs did not cause poverty, and spending vast sums of money has not eliminated it.
A policy analysis by the Cato Institute found that federal and state anti-poverty programs have cost $15 trillion over the last five decades but have had little effect on the number of people living in poverty. That amounts to $20,610 per poor person in America, or $61,830 per poor family of three. If the government had sent them a check they might have been better off.

As Robert Rector and Jennifer Marshall have written for the Heritage Foundation, “President Johnson’s goal was not to create a massive system of ever-increasing welfare benefits for an ever-larger number of beneficiaries. Instead, he sought to increase self-sufficiency, enabling recipients to lift themselves up beyond the need for public assistance.”
Johnson sounded conservative when he said, “(We) want to offer the forgotten fifth of our people opportunity and not doles.”
Unfortunately, the war on poverty neglected a key component: human nature. Substantial numbers of people came to rely on government benefits and thus lost any sense of personal responsibility. Teenage girls knew they could get a check from the government if they had babies and so they had them, often more than one. The law discouraged fathers from living with, much less marrying, the mothers of their children and so legions of “single mothers” became the norm, and the lack of male leadership in the home contributed to additional cycles of poverty, addicting new generations to government.
When President Clinton signed the welfare reform bill in 1996, liberals screamed that people would starve in the streets. They didn’t. Many got jobs when they knew the checks would cease.

Over time, government enacted rules to prevent churches and faith-based groups from sharing their faith if they wanted to receive federal grants, thus removing the reason for their success. These groups, which once were at the center of fighting poverty by offering a transformed life and consequently a change in attitude, retreated to the sidelines.
In public schools, values that once were taught were removed because of lawsuits and the fear of lawsuits, creating a “naked public square” devoid of concepts such as right and wrong, with everyone left to figure it out on their own.
There are two ways to measure poverty. One is the way the Census Bureau does, by counting income earned by individuals and families without including government benefits. The other is not measurable in a statistical sense. It is a poverty of spirit. People need to be inspired and told they don’t have to settle for whatever circumstances they are in. This used to be the role of faith-based institutions, and it can be again if they refuse government grants and again reach out to the poor.
One condition for maintaining tax-exempt status should be for these faith-based institutions to help people get off government assistance and find jobs, becoming self-sufficient. If people need transitional money for daycare or transportation, it can be provided, either temporarily by government or by the thousands of churches, synagogues and other faith-based groups.
There is no undiscovered truth about the cure for most poverty: Stay in school; get married before having children and stay married; work hard, save and invest.
The “war on poverty” can be won, but it must be fought with different weapons, not the ones that have failed for the last half-century.
Email: tcaeditors@tribune.com.