Nathan Hardin: ‘Wolf of Wall Street’ an ode to excess 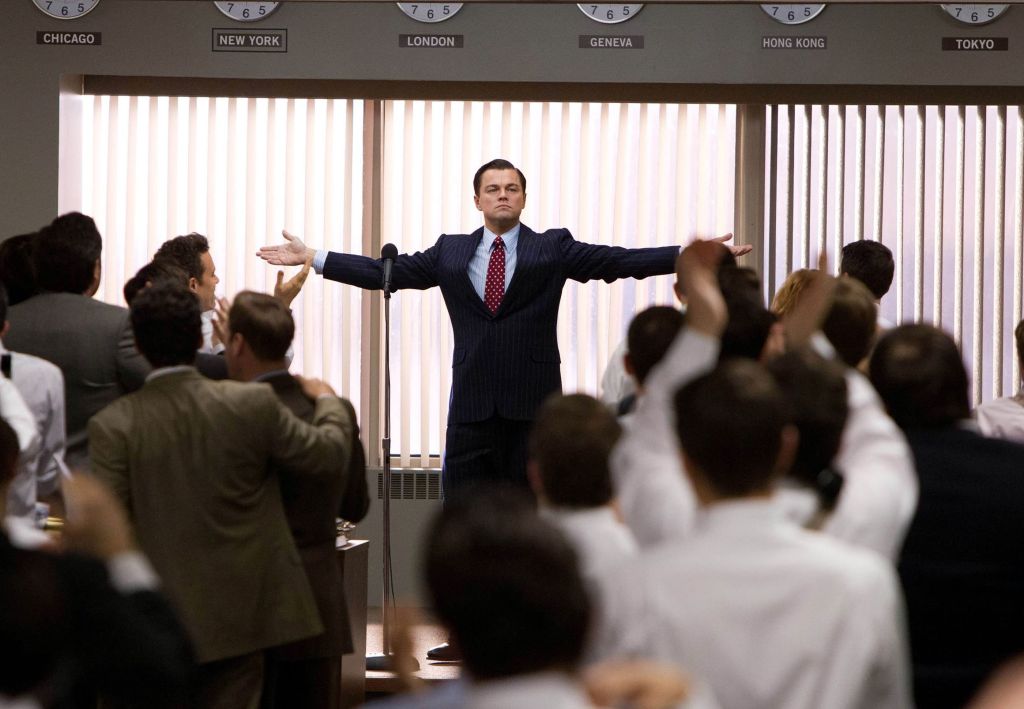 By the time Jordan Belfort was having his second mile-high, drug-fueled sex romp — which I estimate at somewhere around the second-hour mark — I was ready for it to end.
My girlfriend and I are longtime fans of anything the Martin Scorsese-Leonardo DiCaprio marriage produces. But the “Wolf of Wall Street” is a whole other animal.
When I started checking my watch, the film had devolved into a repetitive mess of party scenes featuring scores of half-naked prostitutes and a Wall Street scene peppered with cocaine and Quaaludes — or “ludes,” as Belfort played by DiCaprio casually refers to them.
Like one of Scorsese’s most notable films, “Goodfellas,” the 71-year-old wanted to set the tone in the opening scenes of the “Wolf.”
From the get-go, DiCaprio harps about his clockwork dependency on a variety of illicit drugs to function in the high-paced world of Wall Street.
Throughout the movie, DiCaprio pops the “ludes” like a Pez candy dispenser and promptly turns into a slobbering mess, slurring his words and stumbling around until it’s time to get his act together — when he turns to the cocaine.
It’s no news that director Scorsese adores excess, but he seems to have out-Scorsesed himself in this one.
The three-hour long movie features at least an hour of debauchery. That’s a low estimate.
When it comes to F-bombs, he makes “The Departed” look like child’s play. And I’m pretty sure he sets the record for nude full-frontals.
There is a lot of fun, too. Plenty of general hilarity and Scorsese nails his intent: that Jordan Belfort partied — and he partied hard with the millions he made off scam victims.
In the end, though, it really missed the mark in character development.
The only person the audience gets to know is Belfort and even that is a shallow look that fails to give the audience any sort of insight into his thought process.
By the end of the movie, you know only tidbits about Belfort’s associates, other than they enjoy a good party just as much as he does.
The movie is also about an hour too long. It needs a heavy dose of editing. I could’ve easily lopped out entire scenes that added absolutely nothing to the plot.
To me, it was worth the watch based on pure Hollywood caliber, especially if you’re in the mood to see just how despicable people can be.
But I wouldn’t recommend bringing the kids or a high expectations.