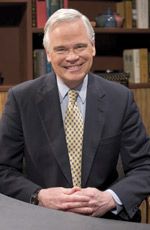 When politics is the topic, there is always more to talk about.
So it is with the book on North Carolina politics that was the subject of a recent column. I keep going back to East Carolina University Professor Tom Eamon’s “The Making of a Southern Democracy: North Carolina Politics from Kerr Scott to Pat McCrory.”
Why does the book keep drawing me back to it?
One reason is its positive attention to political figures whose contributions have sometimes been under-appreciated.
For instance, Dan K. Moore, whose service as governor from 1965 through 1969 is, according to Eamon, often underrated. “By any traditional yardstick that measures success by new programs and improved infrastructure, Moore should rank as one of North Carolina’s most successful governors. Nonetheless, many opinion makers — academics, newspaper editorialists, and outside observers who chronicle progress in the state — offered restrained or only mildly positive assessments of his administration.”
Eamon attributes these attitudes to several reasons including Moore’s defeat of the progressive Richardson Preyer in a 1964 Democratic primary that was “tinged with racism,” his attacks on Terry Sanford’s “programs and spirit,” and his limited speaking skills.
Eamon asserts, “Moore’s legacy is solid.” He reports that William Friday “unhesitatingly” named Moore as the most underrated 20th Century North Carolina governor.

Political rivals, Eamon writes, “commended him as a good listener and man of sound judgment. Behind the scenes, Moore had attempted to build consensus on controversial matters. He was among the most successful of governors in getting his programs through the legislature.”
Another underappreciated political leader, according to Eamon, is former Sen. Robert Morgan. Some liberals have never forgiven him for his role as campaign manager for segregationist I. Beverly Lake in the 1960 gubernatorial primary race against Terry Sanford. Conservatives fault Morgan for his support of Frank Porter Graham in the 1950 U.S. Senate primary, his votes in favor of the Panama Canal Treaty and other liberal programs while he served in the U.S. Senate, and for his enthusiastic support of Fritz Mondale in the 1984 presidential election.
Eamon puts in perspective Morgan’s support for Lake, who had been Morgan’s Wake Forest law teacher and mentor. Eamon writes, “Morgan had economic populist instincts and would have backed Sanford if Lake had not joined the race.”
After defeating incumbent Attorney General Wade Bruton in 1968, Robert Morgan turned the office into “the people’s advocate.” His high-profile consumer protection division investigated complaints, and “Morgan used the power of the office to rein in utility rates. He was an economic populist and the brightest new star in the Democratic Party.”

In 1974, Morgan won a landslide election victory to the U.S. Senate, succeeding Sam J. Ervin Jr. Six years later, Morgan “was the heavy favorite for a second term over Republican John East.” Nevertheless, East beat Morgan by a razor-thin edge. Eamon cites three factors in Morgan’s loss:
“First and most important, 1980 saw the Republican Party landslide.”
Second, “the Panama Canal ‘giveaway’ resonated in a state with a strong nationalistic and military bent and where national pride and patriotism rivaled and at the same time reinforced chauvinism.”
“Third, the Morgan campaign was flawed — as it turned out, fatally.”
Eamon also points out that Morgan had a serious illness that diminished his normal strengths as a campaigner.
Had Morgan survived the East challenge, it is likely that he would have been re-elected in 1986. In that year, Sanford recaptured the same Senate seat for the Democrats. Conceivably, had he won in 1980, Morgan would have served many more years in the Senate, where his ability to work across party and ideological lines would have been a great asset to that body and to our country.
Thanks again to Tom Eamon for putting North Carolina political history in perspective and reminding us about these two important leaders.
D.G. Martin hosts “North Carolina Bookwatch” on UNC-TV (www.unctv.org/ncbookwatch).