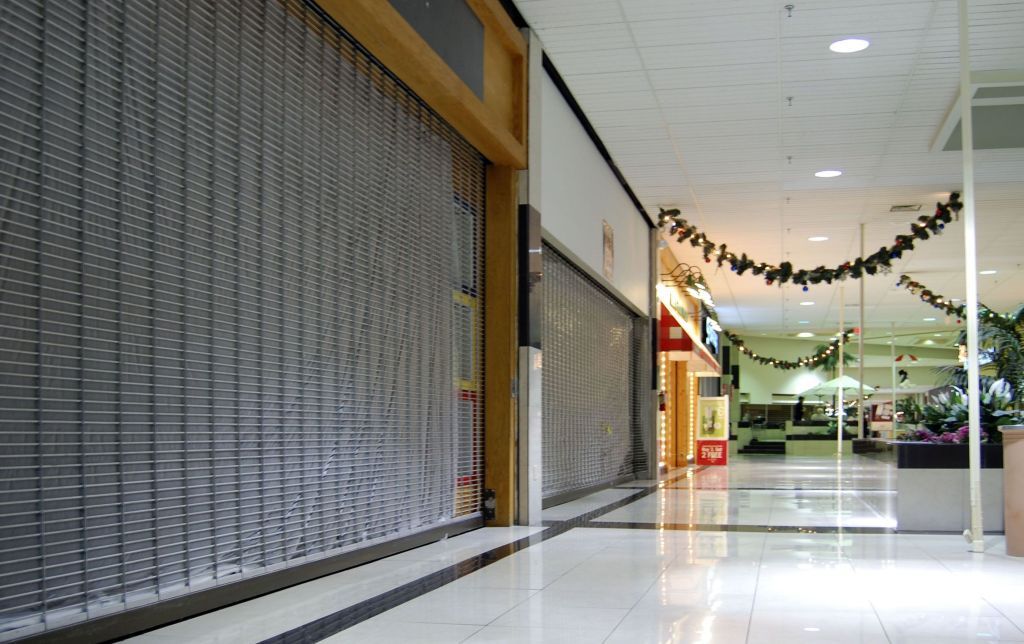 SALISBURY — By now you’ve heard the Rowan County Board of Commissioners is looking to rename its recently purchased Salisbury Mall property.
The word “mall” doesn’t jive with the commissioners’ aspirations to fill vacant spaces in the 300,000-square-foot complex with county departments.
And as Commissioner Craig Pierce points out, the location’s name should better reflect its future private-public mix of places, given that Bath & Body Works and Bookland could be doing business next to the Board of Elections and Veterans Service Office.
The $3.425 million mall purchase has not been the most popular decision made by county commissioners lately. It prompted some commentators on the Salisbury Post website to suggest their own names for the property.
James Cape offered “The Wishing Well.” Michael Mills put up “Sides’ Folly,” a reference, no doubt, to Board Chairman Jim Sides.
Shirley Morris said the mall should be renamed “The Money Pit.”
Pierce has floated his own new-name suggestion, just to get the discussion going — “West End Plaza.”
Forgive me, Commissioner, but that’s a real snooze fest. The county needs something snazzier — a name that sings, leads people to talk about the location and prompts them to visit and fill the sea of parking spaces.
The new name also might include some historical reference and, by all means, should divorce itself from any mention of Salisbury, given the commissioners’ frigid feelings toward their own county seat.
Before “Salisbury” is thrown out completely, I suggest to our conservative-minded commissioners that they simply change their new property’s name to “Salisbury Malt.”
This is an idea right out of Food Lion cofounder Ralph Ketner’s playbook. You might remember long ago when Food Town, looking to expand into Tennessee, realized it would have to change its name because a grocery chain already named Food Town existed in the Volunteer State.
To save money, the Salisbury-based Food Town became Food Lion, because only the “T” and “W” would have to be traded out in all the store signs.
Likewise, “Salisbury Malt” would require the substitution of only one letter. Besides, it sounds delicious.
I humbly present some more names for consideration:
• Las Vegas Village: This would be perfect for any local government which likes to keep the public from knowing what’s going on. What happens in Vegas, stays in Vegas.
• Biltmore: I’m going for the confusion factor here and the geographically challenged. Maybe Rowan County could draw tourists who think they are visiting the Biltmore mansion in Asheville. It just might work — until they figure out Payless Shoes and Badcock Home Furniture have nothing to do with the Vanderbilts’ French Renaissance chateau. But I think it’s worth a shot.
• Nowar Corner: This would be a statement for world peace, as in, “There will be NO WAR in this corner of the world.” You might notice that “Nowar” is a rearrangement of the letters in “Rowan.” I point this out only as a way of showing off.
• Wing and a Prayer Commons: This reflects the private-public combination. You could get wings at Thelma’s Down Home Cooking and prayers from the county commissioners.
• Back-Up Knob: The old cinemas on the mall property apparently had a sewage back-up problem that sometimes became too much for movie patrons. This name would just be a tip of the nose, er, hat, to history.
• Booby Dingle: OK, this might be a stretch, but stick with me. Booby Dingle is a uniquely named town in England, a country filled with interesting places. The Brits also have Broadbottom, Bunny, Barton in the Beans, Buttock Point, Balls Cross, Booze, Batchelor’s Bump, Badger’s Mount and Blubberhouses — and that’s just the “B”s. We would be bringing a bit of British class and humor to Salisbury, named for Salisbury, England — another reference to history.
And I ask you, who wouldn’t want to visit “Booby Dingle”?