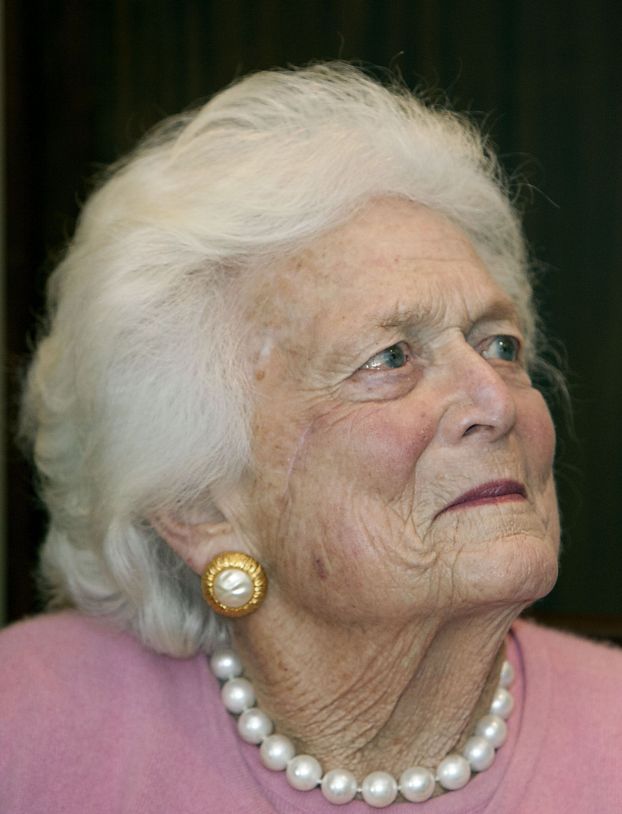 The statement from the office of former President George H.W. Bush said Mrs. Bush was admitted to Houston Methodist Hospital on Monday.

“She is in great spirits, has already received visits from her husband and family, and is receiving fantastic care,” the brief statement said.

Just last week, Mrs. Bush, 88, and her husband, the 41st president, honored a Houston businessman and philanthropist with a Points of Light Award, a volunteer service award started by the former president.

The Bushes’ home is in Houston.

Mrs. Bush had a reputation for bluntness when her husband was president. Her son, George W. Bush, was the 43rd president.

The Bush family matriarch had heart surgery in March 2009 for a severe narrowing of the main heart valve. She also was hospitalized in November 2008, when she underwent surgery for a perforated ulcer. In 2010, she was admitted to the hospital after having a mild relapse of Graves disease, a thyroid condition for which she was treated in 1989.