Elizabeth Cook: One last look at 2013 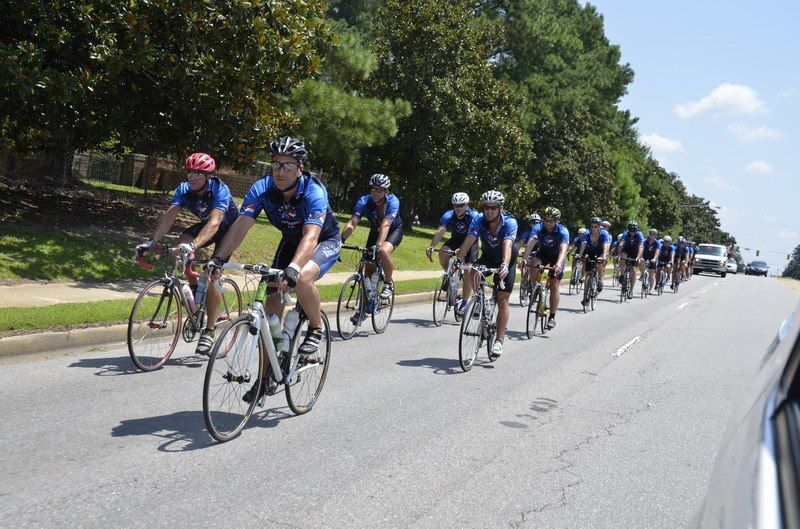 Can’t start the new year without mentioning a few notable facts about 2013.
For instance, the weather. Did you know the summer heat never got above 97 degrees in Rowan County last year? That has to be a record.
Animals making the news included camel calves born at Lazy 5 Ranch, a bear sighted near the Yadkin River, hospice therapy dog Semper Fi who cheered veterans and, sadly, the ducks and geese exterminated at Rowan Memorial Park.
Several senior citizens gained notice for tackling bold endeavors, from Bob Wofford’s first solo flight at the age of 83 to Pat Crowell’s ride on a Harley to celebrate her 90th birthday (not solo, but still …).
Seniors paddled down the Yadkin, went sky diving, celebrated birthdays of 100 years and more.
Wofford summed up the feelings of many: “I don’t mind getting older, but I’m not going to get old.”
Along those lines, officials with Trinity Oaks decided the retirement community would sponsor a race car. That fits Trinity Oaks’ motto, “Never slow down.”
We had some departures worth noting. The 1955 Yadkin River bridge was unceremoniously demolished after its once-considered-impossible replacement opened for full use.
The Holiday Inn became Hotel Salisbury; Yoder’s Market became Troyer’s.
We lost some talent. Suzanne White, public services manager at Rowan Public Library, moved on to be director of Catawba County’s library. Randy Hemann, director of Downtown Salisbury Inc., became city manager in Oxford. The Rev. Whayne Hougland left St. Luke’s Episcopal Church to serve as bishop of the Episcopal Diocese of Western Michigan.
An untold number of teachers departed for other school systems, other states and even other professions in search of better working conditions and a supportive state legislature.

Retirements include Dr. Albert Aymer as president of Hood Seminary, Sandy Flowers as executive director of the Hurley YMCA and Kelly Sparger as principal of East Rowan High School.
Coal-fired units at Duke Energy’s Buck Steam Plant and the state’s sales tax holidays retired sooner than expected.
In limbo — and perhaps retired for these purposes — sits the city’s lot at 329 S. Main St. City and state spent some $500,000 cleaning up the site for a school central office that also was in limbo all year.
Far too many people died in traffic accidents — more than 20 in Rowan, by my count. And murder was no stranger to city or county, with about a dozen people killed at the hands others.
Things of the you-can’t-make-this-up variety took place.
An extra on the set of “Sleepy Hollow” took off in one of the prop cars — a cop car prop car, no less — and wound up being arrested and charged with drunken driving.
Four-year-old Michael Wimmer got into “smart club,” as he calls it — Mensa. He’s already smarter than most of us will ever be.
Ashley Deal, a senior last spring at South Rowan, made a prom dress out of duct tape. It looked great.
After the embers cooled at historic Grimes Mill, artists scoured the site to find pieces of metal and wood that might have survived the fire. “To us it looks like a twisted mess,” said Doug Black, a volunteer with Historic Salisbury Foundation. “To them it looks like an opportunity.”
Catawba College student Matthew Sparks answered in the affirmative to the question, “Who Wants to Be a Millionaire?” He didn’t reach the million mark when he appeared on the TV show, but he was happy to settle for $59,000.
(Trivia question: The Slumber Party Barbie doll from 1965 came with a scale fixed at 110 lbs. and a “How to Lose Weight” diet guide that said what — “Count calories!”, “Fruits & veggies!”, “One meal a day!” or “Don’t eat!”?
(Answer: “Don’t eat!”)
We had big lottery winners, with at least two people in this area winning $1 million ($408,006 after taxes, one said) and a Rockwell man winning a $3 million prize (also much less after taxes). Will that make the county’s average household income jump?
Several local citizens took long journeys to raise awareness and funds for their causes. In addition to David Freeze’s nearly 4,200-mile-long bicycle journey in the name of child obesity, there was Renee Menius Alexander’s participation in a 2,000-mile Rickshaw Run across India to support literacy, Salisbury firefighters Jay Baker’s and Todd Spencer’s 700-mile bicycle ride with the Carolina Brotherhood in honor of fallen comrades and the 8,950 motorcycle ride dubbed and Hogs for Haiti. Local participants included Bobby Curlee of Faith, Wayne Mosher of Granite Quarry, Ken Small of Concord and David Blackburn of Mocksville.
New on the scene in 2013 were the Courtyard Marriott and Panera Bread on East Innes. The Candy Shoppe, Emma’s restaurant and several other new businesses opened downtown. Another Waffle House opened on Innes. MG Lounge opened beside Mambo Grill on Fulton. Re-opening were the Captain’s Galley in China Grove and Romano’s in Salisbury.
Integro Technologies built a downtown headquarters and was named to the Charlotte Business Journal’s list of 50 fastest-growing privately held companies in the region.
The county unveiled its state-of-the-art 911 Emergency Communications Center. Rowan Helping Ministries is making progress on its new facility.
And Dr. Lynn Moody took over the reins of the Rowan-Salisbury School System. The community should rally around; her success will be our success.
Elizabeth Cook is editor of the Salisbury Post. Contact her at ecook@salisburypost.com or 704-797-4244.