SALISBURY — We’ve all learned that destiny, much like a good fastball, rarely travels in a straight line.
Danny O’Brien is living proof.

What a long, strange trip its been for Catawba’s starting quarterback. Technically a fifth-year senior, O’Brien’s journey has meshed success with failure, elation with disappointment and pain with pleasure. It’s taken him from East Forsyth High School to the University of Maryland — where he earned ACC Rookie of the Year honors in 2010 — then on to Big 10 power Wisconsin and finally to Salisbury.
“It’s quite a story,” offensive co-ordinator Kevin Brown said Saturday night at Alumni Stadium, where O’Brien passed for 262 yards and three touchdowns in a lopsided win against Livingstone. “He’s had five different offensive coaches the past five years. But he never got down with all those changes. He just kept plugging away.”
There O’Brien was again last night — this chisled, 6-foot-3, 220-pound windfall that’s help fuel Catawba’s 2-0 start. Already a college graduate, Division II may not have been his preferred destination. But his breakout performance against the Blue Bears was like the difference between declaring “I’m Here” and broadcasting to the world “Here I Am!”
“I live an hour away, but I’ve been all over,” O’Brien said after completing 20 of 24 passes. “You could call it full circle. I came back to be close to my family and the community where I grew up. After I left Wisconsin I knew I had to go D-2 because you can’t transfer twice between Division I schools. It came down to Catawba and Wingate and I am so happy I landed here.”
So are his teammates and family members. Catawba has faced instability at the QB position in recent years, first with ex-North Carolina starter Cam Sexton and last year with former Illinois triggerman Jacob Charest. O’Brien may be a one-year rental enjoying his final year of eligibility, but he’s clearly enjoying it.
“I’ve never seen him this relaxed,” said Matt O’Brien, Danny’s father who drove down from Kernersville to watch the game. “But I see what’s going on. The Division I coaching egos are out of the picture and he’s just kicking back and firing strikes.”
O’Brien has done that for the past three seasons. As a redshirt freshman for Ralph Friedgen’s 2010 bowl-winning Maryland squad he spiraled touchdown passes on three of his first four collegiate attempts. A year later he tossed seven touchdown passes and 10 interceptions before breaking an arm against Notre Dame. That prompted a transfer to Wisconsin — he also entertained offers from Penn State, Old Miss and Florida — where he appeared in seven games as a high-profile backup and completed 60.5 percent of his passes last autumn.
“I started the first three games at Wisconsin,” O’Brien noted. “But the offense stalled out and we just started rotating quarterbacks. I was gonna stay there, honestly, but a new staff came in and brought in a juco guy they really liked. They told me I wasn’t going to get a legitimate chance to compete.”
That opened the door for Catawba and Brown, who years ago recruited O’Brien for Coastal Carolina. “I’ve had my eyes on him since he was a (high school) sophomore,” Brown indicated.
O’Brien visited Catawba one afternoon this summer and threw a few passes to future teammates. “It became an easy choice,” he said. “I felt like I’d be a good fit here.”
He certainly has. In a Week 1 triumph over West Liberty O’Brien ran for 51 yards, passed for 189 and hit wideout Nate Charest for a second-period TD. Yesterday he connected with Charest, Carlos Tarrats and David Burgess on touchdown plays.
“He knows when to put touch on the ball and when to zip it in fast,” Charest said. “That’s what Division I quarterbacks do. They’ll never leave you out to dry.”
Catawba is betting on that. 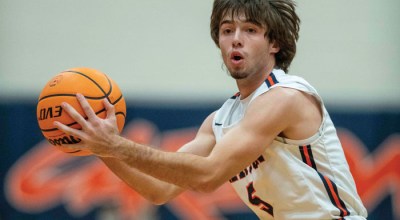 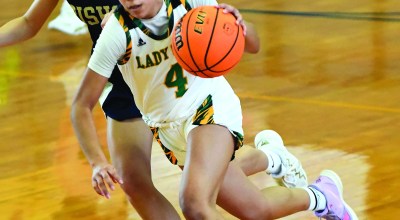