The Achievement Scholar designees announced include 700 recipients of National Achievement $2,500 scholarships. All students who advanced to the finalist level in the 2013 competition were considered for these single-payment scholarships, which were awarded on a regional representation basis in proportion to the population of Black Americans in each geographic region.

The following Hanford-Dole Elementary School students were recognized as Good Citizens for the character trait for self-discipline.

Below is a list of the April Star Students for Granite Quarry Elementary School.

Two Catawba College students were awarded first place Derieux Research Awards in their respective divisions for excellence in undergraduate research at the 110th Annual Meeting of the North Carolina Academy of Science (NCAS). Marlon Ryan Barber of Mocksville and Mary Podgorak-Lagro of Salisbury were recognized at the annual meeting held April 5 and 6 at University of North Carolina at Pembroke.

The titles of the students’ research and the professors who assisted these students are as follows: 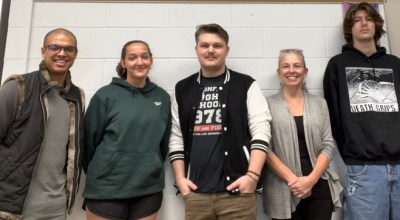