RALEIGH (AP) — Yes, the high-tech James B. Hunt Library has books, but they’re not visible when you walk into the building at North Carolina State University.
Instead, its 1.5 million books are stored in more than 18,000 metal bins, retrievable by robots when a student requests one. And that’s one of the least high-tech parts of the library, other than the books themselves.
“This really is the library of the future,” said David Hiscoe, director of communications for NCSU’s libraries.
The five-story library with a 300-foot glass wall was designed by Snohetta, a firm based in Oslo, Norway, as the centerpiece of N.C. State’s Centennial Campus, where classroom buildings sit alongside those housing business and government offices. Snohetta also designed the National September 11 Memorial & Museum in New York.
The library had its soft opening Jan. 2, while students were still on their holiday break. Its official grand opening is scheduled for Feb. 12.
“The Hunt Library, in my view, is the academic library with the widest array of technologies in the country,” said Joan Lippincott, associate executive director of the Coalition for Networked Information, a joint nonprofit of the Association of Research Libraries and EDUCAUSE, a professional organization for those involved in higher education information technology.
“And they’ve very carefully integrated their technology program with the university’s research, learning and teaching mission,” she said. “They didn’t just do this to be cool. They did this because of the nature of N.C. State, and the kind of academic and research programs that they have.”
The book robot, known as a bookBot, is unusual, but it’s more prevalent than the library’s other technology, she said.
Four robots slide between rows of bins 50 feet deep and 120 feet high. A staffer files a student’s request for a book on a computer, and the robot locates the right bin, pulls it out and leaves the bin in front of the staffer, who locates the right book and takes it to the student.
Grant Zechman, a sophomore studying textile technology, said he wasn’t sure how much he would use the robot, but that “I would absolutely do it for just the experience to use the bookBot.”
To save room, the books are stored by size, not another filing system. And the system does save space, taking up about one-ninth of the room needed to store 1.5 million books on shelves.
When students look for a book, however, they can see it on a virtual shelf as they would under the Library of Congress system. But they also can refine the search by other parameters — for peer-reviewed material, for example — and the virtual shelf will reconfigure itself to those refinements.
Taxpayers contributed $115 million to the 220,000-square-foot building, which also has received $5 million in private donations and in-kind gifts. Of that square footage, 150,000 is dedicated library space, while the rest is used by other programs, including the Hunt-backed Institute for Emerging Issues.
Hunt, who was governor 25 years ago when he made sure the state secured the property, has an office in his namesake library. He made sure the state secured land, which had belonged to Dorothea Dix Hospital, instead of allowing high-end housing on the site.
“Just think how things have changed in libraries,” said Hunt, who got two degrees from N.C. State and whose mother was a librarian. “And it isn’t just about books anymore either. It’s about accessing information and being able to access a lot of things you could get to before. The library really can be, and this library will be, a place where engaging in reading, studying and learning will be more interesting and exciting.”
Students and faculty told officials they wanted a high-tech library, said Maurice York, director of IT for the school’s libraries.
“And we had to sort of figure out what that means,” he said. “There really aren’t that many models out there.”
The answers involved a supercomputer, stored in the basement; a visualization lab where an English professor and his class have recreated a 3D version of the old St. Paul’s Cathedral in London (which burned in 1666) and where students listen to sermons by John Donne; and a creativity lab where the Naval ROTC students can work on the deck of a 3D ship.
It also involved 100 areas for collaborative study; walls made of whiteboards; a traditional library area with about 40,000 books on shelves; and a snack bar on the first floor.
And yes, food and drink are allowed here. As is talking.
“So we got away from libraries as shushers and filled with people telling you what to do and trusting students to do the right thing, which they’ve always done for us,” Hiscoe said. Students are allowed to move furniture as needed for group projects.
The more than 20 styles of funky chairs, including a sort of continuous chaise lounge, caught the eye of Jennifer Leary, a first-year doctoral student in textiles from San Francisco. The layout is conducive to studying, she said.
“As a student, when you come into a library, you kind of want to find your space,” she said. “And all the variety gives you freedom to think, ‘OK, do I want to be in a rigid chair today or more laid back? Do I want to be near the window? What kind of view do I want to see?’ So it’s really customizable with all this variety.” 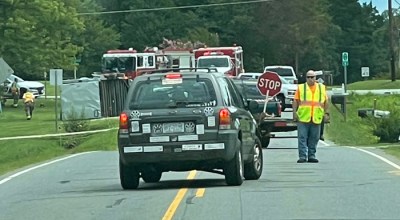