Reading challenge audience gets to eavesdrop with author

Jenny Hubbard believes good writers should be good eavesdroppers.
Audience members felt like eavesdroppers Thursday evening, as Hubbard and Deirdre Parker Smith, the Post’s book page editor, engaged in easy conversation about Hubbard’s debut novel, “Paper Covers Rock.”
The conversation served as the culmination of the eighth-annual Summer Reading Challenge, held in the special events room of Trinity Oaks. Although no one in the audience technically counted as a young adult reader – the book’s classification – there were voracious readers there all the same.
Fran Tannehill often trades books with her granddaughter, Katie Elkin, who turns 17 Saturday. The grandmother of two young girls gained insight about boys’ boarding schools in Hubbard’s book, but said “no thanks” to “The Hunger Games.”
“It scared me,” Tannehill admitted. “I didn’t want anything to happen to those young kids.”
Gail Kimball pronounced Hubbard’s book well written.
“They are my neighbors, so I’m a little prejudiced,” she admitted. “I like the way she writes. It had a depth to it.”
Once overlooked, the young adult genre is “wildly popular now,” Parker Smith said, thanks to the Hunger Games trilogy and of course, the Harry Potter series. Before the evening began, Parker Smith said she felt comfortable with Hubbard and their rapport certainly showed on stage.
Parker Smith immediately asked Hubbard how her second book was coming. She signed a two-book deal with Random House.
“Not all that well,” Hubbard answered. She said she felt “paralyzed by pressure,” because she’d written the first book on and off during summers off from teaching high-school English. It took her six years.
“I’ve learned the hard way that I’m a slow writer,” she said.
But that very morning, she added, she started another draft. Like many writers, Hubbard lives by the credo, “revise, revise, revise.”
She also said she wasn’t convinced that she’s a young adult novelist.
“My books feel quiet,” she said. “Books like ‘The Hunger Games’ and the Harry Potter series are fast-paced.”
But the second book’s cover is ready and it has a title: “And We Stay,” based on a line from an Emily Dickinson poem.
The second novel has all girls – no boys, Hubbard said. “I did my time with those guys.”
For 10 years, Hubbard taught at Woodberry Forest, a boys’ boarding school in Virginia, and the novel has a similar – but not identical – setting.
Hubbard said she left on good terms, and that she loved that school.
“You seem pretty comfortable being in a teenage boy’s head,” Parker Smith pointed out.
Hubbard explained that she spent five years as a dorm parent. The hall phone and bathroom were just outside her room. (That’s when Hubbard and Parker Smith agreed that writers are often talented eavesdroppers.)
Hubbard said that during her time at Woodberry Forest, she began writing plays, and often tries to determine whether a story would make a good novel or a good play. She said that her 2010 play, “Pinocchio’s Sister,” remains a work in progress.
Hubbard, who’s also an actress, said that the protagonists in her play and her novel have guilty secrets.
“Guilt is a great motivating force,” she said. “I don’t have any guilty secrets. I have some small ones, but not enough to turn into a play. The characters have to come to terms with guilt and identity. So does my new narrator. So what is that all about? I don’t know.”
“We all do strange things when we feel guilty,” Parker Smith said.
“Guilt ties the past to the present,” Hubbard said, “and you’re trying to merge those two selves. Here I am in my hometown, and I couldn’t wait to get out of here when I was 18 years old.”
Hubbard said she worked to make the diary entries of her main character, Alex, more boylike, less feminine. “I couldn’t figure out another way to lay out his guilt on the page. Some boys do keep journals. Good writers are longtime readers.”
“That’s the secret right there,” said Dr. Forrest Anderson, who teaches creative writing and composition at Catawba College. Anderson was on hand to recap the other two books in the reading challenge, “The Cove,” by Ron Rash, and “A Land More Kind Than Home,” by Wiley Cash. He noted that it warmed his heart to see so many willing readers.
Hubbard always encouraged her students to read. “Even the newspaper – I mean a good newspaper such as the New York Times or Salisbury Post. You can’t teach the heart and soul of writing. You have to love words and have spent some time with them.”
Hubbard said that she misses teaching about once every three months.
“Writing takes the same kind of emotional energy as teaching. You can’t do both.”
Freelance writer Susan Shinn lives in Salisbury. 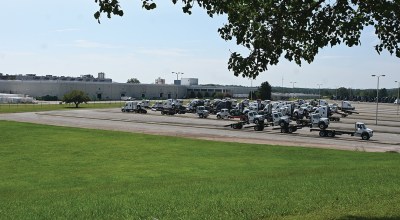