By Shavonne Potts
spotts@salisburypost.com
Rowan County residents say dental and medical care are the most needed types of service in the county, a 2012 Health and Human Services Needs Assessment Survey reveals.
Employment and education needs also ranked high.
The survey and its subsequent five-year action plan were unveiled at a Wednesday meeting held at the Rowan County United Way offices.
Business leaders and elected officials gathered at the meeting to hear about the needs and plans to address them.
Hundreds of Rowan County and Salisbury residents participated in surveys and focus groups. Every six years an assessment is created and its outcomes compiled. Rowan County has been conducting the assessments for 13 years.
A steering committee was developed to come up with strategies to address the needs that were identified.
Bjorn Hansen, a transportation program coordinator with Centralina Council of Governments, presented the findings to the group.
Health care at the top
The survey cited the cost of insurance, lack of knowledge about existing health-care services and limited public health-care service agencies as reasons health care ranks at the top of the list.
Of the people contacted by phone, 75.4 percent needed help with medical care and 74.1 percent with dental care.
The county’s ratio of primary care physicians per 10,000 people — 5.8 in 2009 — lags behind the state average, which was 9.2 that year.
Rowan Regional Medical Center is applying for status as a medically underserved area that will provide incentives for primary care physicians to work here, such as forgiving their medical school debt.
Hansen said one reason more doctors don’t work in rural areas is because they need to earn enough money to begin paying back student loans.
Dari Caldwell, president of Rowan Regional, said after the meeting that the study revealed more work needs to done. “We need to continue to work hard on access to care. And sometimes access to care is not defined as how many doctors or facilities you have but if people can afford to get the care,” she said.
The health-care system needs to work toward being affordable to patients, Caldwell said.
Strategies to address the medical care and dental needs included to support or expand capacity and access to existing programs, provide outreach and education on how to access medical resources and advocate that legislators modify existing programs.
Wanted: jobs
The second issue that concerned residents was employment — access to jobs.
In 2011, the county unemployment rate exceeded the state average.
Some strategies to address unemployment were to advocate to state and federal legislators to allow people who receive unemployment assistance to start their own business without losing benefits.
Another strategy was to work with the local transit providers to expand public transportation access for people looking for jobs.
City Manager Doug Paris said the city’s transportation advisory committee is reassessing routes.
Needed: training
The third top issue that concerned residents was educational training and achievement.
The survey found that programs are available to help people acquire needed job skills, but “widespread knowledge of and access to these opportunities remains a challenge.”
The county is behind the state average in the percentage of adults with college degrees — with 16 percent here and 26.5 percent statewide having a bachelor’s degree.
One of the ways to tackle training that was mentioned in the Wednesday meeting is to engage in a dialog with businesses and educators to see what employers’ needs are for people entering the work force. In turn, the hope is the dialogue will get high school teachers and college professors teaching those needed skills to their students.
Other issues
Secondary issues cited in the survey and action plan are child care costs and availability, teen pregnancy, prescription drug abuse, youth poverty and chronic-disease frequency.
Hansen said he hopes that residents are aware of existing programs and initiatives. They can learn about them through community centers, newspapers, notices and announcements, he said.
Hansen said he hopes people “show initiative in looking to see what’s available and finding out how they can help.”
Calling the assessment is a snapshot of the community, Hanson said people just don’t know what’s going on with their neighbors and the issues they may be having behind closed doors.
Methodology
In February, Winthrop University’s Survey and Behavioral Research Lab, subcontracted by Centralina Council of Governments, conducted the telephone survey.
The survey asked Rowan residents to divulge their perceived health and social services needs. It also asked which local services they used to address problems and family needs.
Focus groups held in March and April centered around several community groups — elected leaders, residents and professionals — to discuss education, mental health, older adults, business leaders, low income, public service agencies and young mothers.
Researchers also used data from the 2010 Census, Rowan-Salisbury School System, Rowan Regional Medical Center, the United Way and Centralina Area Agency on Aging, to name a few.
The undertaking was funded by the Rowan County United Way, Rowan Regional Medical Center, the city of Salisbury and Rowan County.
Dr. Scott Huffman, Winthrop professor of political science and founder of the university’s social behavioral research lab, was on hand to discuss how the telephone survey was conducted and its answers compiled.
Contact reporter Shavonne Potts at 704-797-4253. 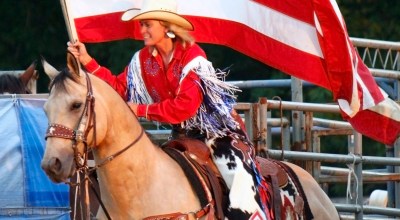