By Aaron Beard
Associated Press
CHAPEL HILL — Tyler Zeller spent the two days after North Carolina’s last-second loss to its fiercest rival keeping a low profile in the back of class, not watching television and avoiding going out in public any more than necessary.
Getting back on the court against a ranked opponent turned out to be the best remedy for easing that pain.
The 7-foot senior had 25 points and nine rebounds to help the fifth-ranked Tar Heels beat No. 19 Virginia 70-52 on Saturday and regroup from their stunning loss to Duke.
Zeller had 23 points and 11 rebounds against the Blue Devils on Wednesday night. But his frustrating final minute included a pair of missed free throws, accidentally tipping a ball into the Duke basket on a rebound attempt and defending the game-winning 3-pointer by freshman Austin Rivers.
“I have a tendency to take a lot of losses hard, especially when you miss two free throws that could’ve won it,” Zeller said. “I tried to deal with it the best way possible. … I felt bad. I think all of my teammates also felt bad, so it’s something where we were trying to bounce back as well as possible today.”
The Tar Heels (21-4, 8-2 ACC) used a 22-5 run to take control in the second half, with Zeller scoring seven during the spurt that pushed the Tar Heels to a 15-point lead with 61/2 minutes left.
The Cavaliers (19-5, 6-4) got no closer than 11 points again, with the Tar Heels avoiding any kind of repeat of blowing a double-digit lead in the final 21/2 minutes against the Blue Devils.
Zeller was 1 for 6 from the floor in the first nine minutes, but made 8 of 10 shots the rest of the game despite facing constant double teams from the stingy Virginia defense. He also kicked the ball out to set up Reggie Bullock’s 3-pointer — UNC’s only made 3 in 10 tries — near the end of the clinching run.
“When he wasn’t making shots, he was kicking it out to the open guys,” Virginia’s Joe Harris said. “Not a lot of posts can pass like he can. We were coming quick and that’s the pass we want him to make. But with his size and basketball sense, he was able to make the straight-line pass to the opposite wing — which makes it really tough for our defense to scramble back and get back on our guys.”
Zeller earned a standing ovation from fans when he came out with 1:42 left. It was as though everyone knew Zeller needed this day, from the teammates who took up for him after the past two games to whoever scribbled “Believe in Zeller” in chalk on a sidewalk outside the Smith Center.
“Z’s fine,” said John Henson, who had 10 points and 10 rebounds. “He took it a little rough, but it was a team thing and without him I don’t even think we would’ve been in that game to be honest.”
Coach Roy Williams said he talked with Zeller to try to cheer him up Thursday night.
“He’s a very sensitive kid,” Williams said. “It was tough on him. People were tough on him — very, very, very unfairly. … He’s playing big-time basketball for us.”
Harrison Barnes added 14 points and 11 rebounds for the Tar Heels, who shot just 35 percent. But they took a 52-32 rebounding advantage with 23 offensive boards. They scored 23 second-chance points, their best total in an ACC game this year.
Mike Scott scored 18 points to lead the Cavaliers and Jontel Evans added 12. Virginia shot 36 percent overall, but went six minutes without a basket during the 22-5 run and managed just eight field goals after halftime.
Compare that to the first 15 minutes, when Virginia shot 50 percent and twice built seven-point leads.
“I thought we got — soft’s not the right word — but we didn’t have the same kind of toughness and focus that was required and that we had early,” Virginia coach Tony Bennett said. “We have to learn to play in that situation. We went cold, and that certainly affected us.”
North Carolina was short-handed for this one with freshman reserve P.J. Hairston out with a sore left foot. Freshman forward James Michael McAdoo played well in a larger role, finishing with nine points and seven rebounds off the bench in 18 minutes.
With the win, Williams earned his 664th career victory to tie UCLA’s John Wooden for 23rd place in Division I men’s basketball history. 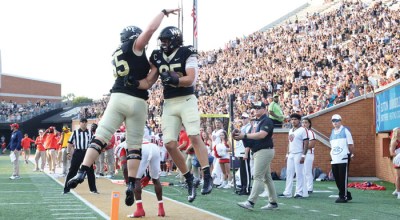 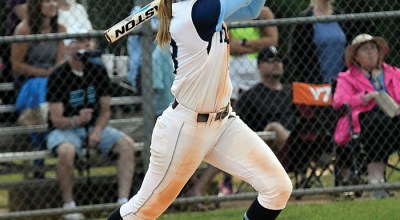