Bagging a turkey in the fall is challenging feat

Turkeys are delicious. That is one factor that nearly led to the decimation of the species between the arrival of the pilgrims in 1620 to the period of the Great Depression in the 1930s. The other factors, according to the National Wild Turkey Federation, were habitat loss and commercial over-harvesting — the latter certainly tied to the primary fact that turkeys really do taste wonderful.
Native Americans and early settlers knew this, as well. Plus, turkeys were easy to kill thanks to their overwhelming numbers and the fact that they didn’t seem to be afraid of humans.
The good news is that the wild turkey is one of the greatest conservation success stories in our nation’s history. Thanks to the efforts of groups like the NWTF and the government, the wild turkey population has recovered from a low of about 30,000 birds prior to World War II, to now more than 7 million birds nationwide.
In that time, though, the birds have adapted to all the hunting pressure by becoming wary. In fact, killing a wild turkey is now considered by many hunters to be the most difficult task in American hunting. The cautious nature of the turkey is aided by the fact that they have amazingly good eyesight, they can run fast and they can fly even faster.
Salisbury’s John McMillin certainly shares that opinion.
“Hunting is really ingrained in us,” said McMillin, 55, who has hunted turkeys in Virginia each fall with his grandfather, his father and a core group of longtime friends for decades. “And turkey hunting to me is the highest form of that art, because they are so hard to kill. They are so elusive. If I go turkey hunting and don’t shoot anything, then I got outsmarted by a really smart animal, which is really cool.”
The rules and regulations of turkey hunting vary widely by state. In fact, you can turkey hunt in Virginia in the fall with a rifle or shotgun. But you can only hunt turkeys in North Carolina in the spring with shotguns.
Strategies vary by season as well. In the spring, when the turkeys are mating, the gobblers (adult male turkeys) are aggressively looking for hens and fighting off other intruding gobblers. Thus, a hunter imitating a hen with a good turkey call can bring a gobbler to within shooting range. You can also fool a gobbler with a call that signals there is competition in the area.
In the fall, the young turkeys and the hens will flock together and the gobblers will go off by themselves until spring, according to McMillin.
During this time, if the young turkeys are separated from the mother hen, then she will call to them in the forest to bring them back together again. Certain turkey calls can be effective this time of year as well when trying to lure the young turkeys to you instead of the mother hen.
But the most successful fall strategy is often to push the turkeys through the forest with a hunter and a dog that have the job of driving the birds toward an awaiting group of hunters. This is a legal form of turkey hunting in Virginia, but not in North Carolina.
Regardless, it isn’t always successful, because just when you think you’ve got the turkeys surrounded, they demonstrate that they are not so easily fooled.
“I knew exactly where they where,” said McMillin of one of his past hunts when the turkeys outsmarted the hunters.
“We circled these trees. There was no way these turkeys could get past us. But the hen, the mother hen, saw one of us, and picked out where we each of us were and then flew at a height and speed that no one had a chance to shoot. Then she called all the other birds to her and they did the same thing.”
If you are a turkey hunter, these are the kind of defeats that you have to get used to, and even cherish, if you hope to keep your sanity in a sport where success, actually shooting a bird, can be a rare even indeed.
“There is no place we would rather be than being in the woods in the morning when things start to come to life,” said Dr. Billy Richmond, a Georgetown, S.C., emergency room physician and childhood friend and hunting partner of McMillin. “It is almost spiritual. It is close to a religious experience.”
Glenn Hudson is a freelance fishing writer based in Salisbury. Contact him at littletuna67@aol.com 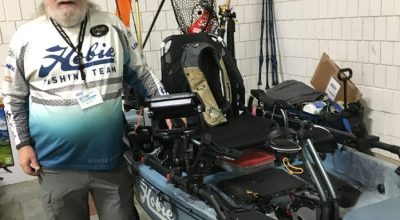 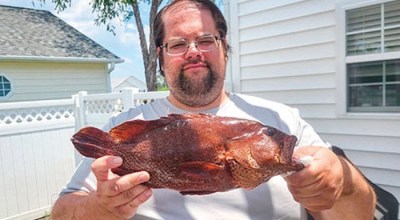 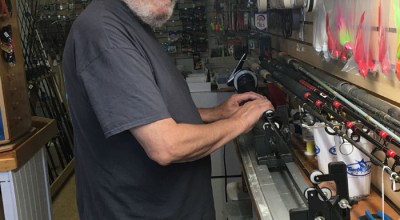