Another view on ‘repatriation’ of profits

By J. Alan Rutherford
For the Salisbury Post
Recently, the Salisbury Post printed an opinion piece from Jim Rogers, CEO of Duke Energy, titled ěLetís repatriate overseas profits.î
The article discusses corporate profits ětrappedî overseas, and how that money can be brought back to the U.S. to help rebuild the economy. It is an opinion currently echoed by several corporate CEOs and politicians. Sen. Kay Hagan (D-N.C.) recently said, ěA repatriation holiday can encourage economic activity at a fraction of the cost of fiscal policy.î Jim Rogers stated, ěAt a time when our countryís economy needs a shot in the arm and our federal government can no longer afford stimulus funds, American businesses stand ready to step up and inject $1 trillion trapped overseas by punitive federal tax lawî and ěWe need congressional action now to unlock this cash so it can be put to work here at home to spur our economic recovery in the U.S.î The idea sounds enticing.
What is meant by ěrepatriationî? Repatriation means to return or restore to the country of birth. Here, it refers to returning foreign profits of multinational corporations to the U.S. These earnings are taxed upon re-entry into the U.S. While foreign earnings are taxed in the country of origin when earned, the U.S. foreign tax credit reduces U.S. tax burden to the difference between tax paid to a foreign country and the U.S. tax. Foreign earnings are not taxed twice.
As Mr. Rogers states, the U.S. corporate tax rate is the second highest in the world. Because of that, multinational companies go to great lengths to ěoffshoreî as much profit as possible. Google, for example, is reported as saving $3.1 billion in taxes through the use of sophisticated tax shelters called the ěDouble Irishî and the ěDutch Sandwich,î which involves foreign subsidiaries in Ireland, the Netherlands and Bermuda.
The use of foreign subsidiaries can dramatically lower effective tax rates. The problem is in returning those profits to the U.S. so they can be spent in the U.S. Sophisticated tax strategies are currently used to repatriate foreign earnings at little or no U.S. tax cost. Most current strategies are based on IRC Section 368(a)(2) which governs tax-free reorganizations of corporations. For example, the ěKiller B transaction,î so named because it is based on Section 368(a)(2)(B), is a cross-border triangular reorganization that has the effect of repatriating foreign earnings of a subsidiary to the U.S. parent corporation without a corresponding dividend to the parent that would be subject to U.S. income tax. Other IRC Section 368(a)(2) strategies include the ěKiller Dî and the ěOutbound F.î
The current proposal, creatively named the Freedom to Invest Act and co-sponsored by Rep. Sue Myrick (R-N.C.), would provide for a 5.25 percent tax on repatriated earnings rather than the normal 35 percent rate ó essentially a 29.75 percent ětax holidayî for repatriated corporate earnings.
A similar ětax holidayî occurred in 2004, with similar arguments made then to justify it. What was the result? According to a study released by the National Bureau of Economic Research, ěRepatriations did not lead to an increase in domestic investment, employment or R&D, even for the firms that lobbied for the tax holiday stating these intentions.î An estimated $300 billion was repatriated, of which 92 percent was used for share buybacks and corporate acquisitions.
Michael Mudaca, the assistant secretary for tax policy at the Treasury Department, stated, ěIn 2004, when the U.S. enacted a repatriation holiday, the goal was to encourage U.S. multinationals to pay bigger cash dividends from their overseas subsidiaries and use the cash to make investments in the United States. Unfortunately, there is no evidence that it increased U.S. investments or jobs, and it cost taxpayers billions.î
In fact, in 2004 an estimated $100 billion of repatriations were reportedly never ětrappedî offshore in the first place. Corporations, aware of the impending enactment of the 2004 act, off-shored profits of U.S. operations into foreign subsidiaries, then ěround-trippedî them back at the reduced rate.
Repatriated profits would go straight to the corporationís bottom line and provide a nice bump in profitability and resulting share prices. Based on what multinational corporations actually did in 2004, rather than what they said they would do, it is likely that job creation and capital investment resulting from repatriation would be insignificant, and the cost to the taxpayer would be substantial.
Donít be deceived. These earnings are largely ětrappedî overseas by design and intent. This idea is driven by corporate profit motives and not concern for the U.S. economy. The real problem is the U.S. corporate tax rate, which is too high. ěTax Holidaysî only delay consideration of fundamental changes that are needed now to more effectively compete globally.

J. Alan Rutherford is a certified public accountant in Salisbury. 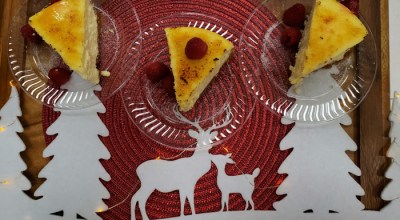 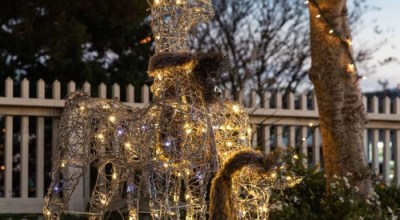 Kristy Woodson Harvey: The year we became the Griswolds 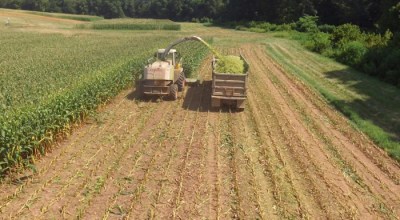