A friend recently asked me three questions. What do foxes eat? Will they eat cats? Will they fight dogs?
My first thought was that foxes eat grapes if they can get them. This was assuming Aesopís fable about the fox jumping for the grapes had some truth to it.
According to the story, when the fox could not jump high enough to get the grapes, he walked away saying, ěThey were probably sour anyway.î Hence the origin of the expression ěsour grapesî when we pretend we do not want something that is unattainable. I kept that thought to myself.
Then I thought about the song ěFox Went Out on a Chilly Night,î in which the fox leaves a farmerís pen with a duck and a goose thrown over his back. When he returns to his den, he and his wife had the feast of their life ěand the little ones chewed on the bones-o.î
But as a trained ecologist, I know that when you are not sure of the answer, providing another fact that you are confident in can sometimes conceal your ignorance. So I added, ěBut most foxes are too small to go after a big cat, although a coyote will.î
Recovering further, with thoughts of grapes and gray geese still spinning around in my head, I said, ěFoxes probably eat a lot of rodents, small birds, frogs and snakes. They will also eat fruit, nuts or grains. I imagine young ones will even eat insects.î
I had to restrain myself from noting that the little ones like to chew on duck and goose bones. Later, when I got to a trustworthy source on mammal diets, ěWalkerís Mammals of the Worldî by R. M. Nowak (1999, Johns Hopkins University Press, Baltimore), I found I was pretty much right.
Foxes belong in the Canidae family, as do wolves, coyotes and domestic dogs.
According to ěWalkerís,î the family has 36 species, of which 10 are classified as foxes. Two species of foxes, which differ enough to be assigned to different genera by most mammalogists, live in the eastern United States.
Both are engaging animals with pointed noses, fluffy tails and agile movements.
The gray fox, most common around wooded areas and swamps, is sometimes called the cat fox because of its tendency to climb trees.
Red foxes are generally more common around open fields and pastures.
But either species can be found in almost any habitat in the Southeast, and I have seen both in suburban areas.
The average weight of a fox is 5 to 10 pounds, though one could weigh as much as 15 pounds. Either species would definitely think twice before attacking an adult house cat that might easily outweigh them.
A clawing, biting cat would not be worth the effort for a meal that wasnít even a sure thing. A couple of squirrels would be a much better bargain for a fox in a cost-benefit analysis.
As far as squaring off with a dog, forget it. A fox will run like the wind when confronted by a dog.
I saw our German shepherd confront a beautiful gray fox in our back yard one evening and observed a truly unusual spectacle. The fox had ventured onto the porch to check out the dogís food bowl and had been cornered by the dog.
The shepherd was 10 times bigger than the fox and seemed ready to attack.
When the dogís big mouth was about a foot away, the fox tilted its head backward revealing its throat in an act of submission. It continued leaning backward until its nose actually touched the floor behind it.
The dog stopped and looked at me as if puzzled, whereupon I called him to me. The fox glanced at the departing foe and within seconds it was gone. I imagined it saying, ěThat dogís food was probably no good anyway.î
Whit Gibbons is an ecologist and environmental educator with the University of Georgiaís Savannah River Ecology Laboratory. Send environmental questions to ecoviews@gmail.com. 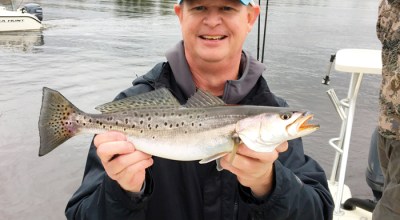 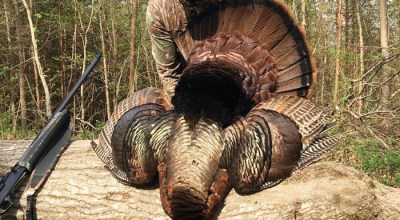 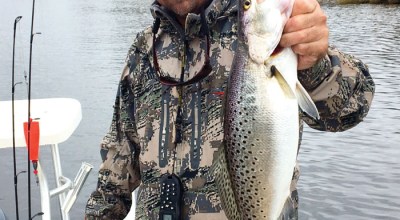