This is an excerpt from ěLaura On Life: Corn Dogs and Dust Bunniesî
When you have been married for as long as my husband and I have, youíll always be on the lookout for some activity that you can both do together. This activity would preferably be something that did not cause concussions, frostbite, or height anxiety. In other words; no extreme sports.
He and I have always had our separate interests, but we are so different that sometimes we need to put some real effort into finding something that will bring us together for an hour or two. Something other than baby-making, that is. That is an activity for which we certainly donít need any more practice.
You see, Iím the arts, crafts, and cultural part of our two-some and he is the epitome of the absent-minded professor. You could put us both in the same situation; say, a car accident. My husband would be plotting angles, mass and velocity to prove that the accident wasnít his fault. I, on the other hand, would stare at the mixture of anti-freeze, oil, and sparkling broken glass and think how beautiful it was when the sunlight hit it just so.
There was a time a few years ago, when I talked my husband into taking dancing lessons with me. Not just the two-step or line-dancing, mind you. Iím talking ballroom dancing. At first I didnít think he would agree. Heís not the ballroom dancing type. I told him that I wanted to learn because I donít want to be embarrassed when one of our children gets married and we are required to dance at the reception.
When we got married back in the last millennium, learning how to dance never entered our minds. In fact, we were quite shocked to learn that the German oom-pa-pa band that we hired for the occasion would require us to dance. I know, I know, how very strange. But what could we do? You canít fire a band in the middle of your wedding reception. So we gamely locked our arms around each other as if we were in the back seat of his car, and slowly moved around the dance floor in no particular pattern. The only thing that resembled a waltz in this parody was the fact that both of us were determined not to step on the otherís toes.
After the waltz ended, the band picked it up a notch and swung into a rollicking polka. My new husband and I had such a look of dismay and backed away from each other so fast, spectators probably thought that one of us suddenly passed a particularly malodorous pocket of gas.
We survived our wedding, of course, and as for that travesty of a first dance, well, we could be excused because we were young, in love, and providing free food to the attendees.
When any of our children marry, however, we will be expected to dance and dance well. So we went to the first class determined that we would be the best darn ballroom dancers they ever saw.
The building was a fanciful building in a not-too-savory section of town. It was made up to look like a palace, but the aqua and pink paint put me in mind of a Miami brothel. We went inside and found that we were the only people under sixty in the joint. Not that we have anything against old people. In fact, I aspire to be one someday.
We danced together with a trainer for a half-hour and then joined the others. The next trainer decided that no one should stay with the same partner for more than 60 seconds. Like a baton in a geezer relay race, I found myself passed from one seventy-year old Don Juan wanna-be to another; each one trying out his special never-been-known-to-fail leer on the new young chick.
When we left this geriatric pick-up joint later that evening, my husband declared that heís never smelled so much cheap perfume or been fondled by so many old ladies since he stumbled into a Red Hat convention on New Yearís Eve
We agreed that when it came time for our children to marry, we would pay them to elope.
Laura Snyder is a nationally syndicated columnist, author and speaker. You can reach Laura at lsnyder@lauraonlife.com. Or visit her website www.lauraonlife.com for more info. 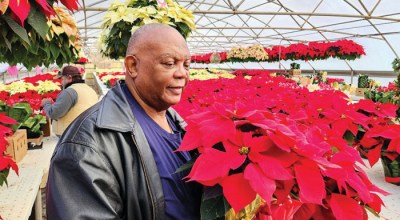 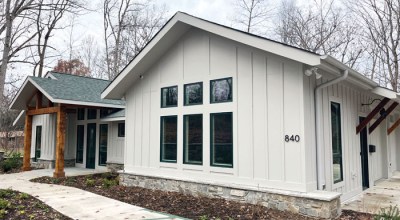