County: Fairgrounds contract will stay as is for now

By Jessie Burchette
jburchette@salisburypost.com
A proposal to give the Rowan County Fair Association a cut-rate extended lease on the county fairgrounds has been set aside for further study.
Commissioner Raymond Coltrain asked the board Monday night to change the terms of the current lease, cutting the annual rate from $25,000 to $5,000 and extending the remaining two years on the contract to seven years.
Coltrain cited multiple meetings with Fair Association officials and said they are willing to use the extra dollars to make improvements at the county-owned facility, including new restrooms.
Coltrain said the revised lease would allow the Fair Association to “enhance the enjoyment of the fairgrounds.”
At last year’s fair, Coltrain said, raw sewage ran on the ground near the restrooms at the entrance, causing the Fair Association to bring in portable toilets.
“I’m surprised the Health Department didn’t shut us down,” he said.
Don Bringle, parks director, gave commissioners an update on the fairgrounds. His department was put in charge of the fairgrounds after the Fair Association’s 50-year lease expired in 2007.
Bringle said the county has spent $70,000 in the past two years upgrading the electrical systems to comply with minimum code and making other improvements.
Responding to questions, Bringle said the electric bill for September 2008 ó the month the Fair Association leases the grounds ó ran $4,700. Among additional costs, he cited $1,700 for hauling off garbage.
Looking ahead, Bringle said the fairgrounds needs new restrooms, new food booths, and new roofs on some buildings.
Coltrain asked commissioners to allow him and Bringle to meet with the Fair Association to develop a proposed lease through 2017 at the cheaper rate.
Commissioner Tina Hall questioned the timing of wanting to revamp the contract with two years remaining. She noted that a lot of study went into the current contract and suggested commissioners need to focus on the budget.
With the economic downturn and budget problems, Hall said now is not the time to cut revenue sources. She also observed that the Fair Association had 50 years on a $1-a-year lease to make significant upgrades, but it didn’t happen.
Chairman Carl Ford suggested the County Parks and Recreation Commission look at the lease issue and make a report back to the board.
Vice Chairman Jon Barber agreed, pointing out it took nearly a year to work out the current contract.
Commissioners took no action on Coltrain’s request, but agreed to send the issue to the 11-member parks board for further study. No time table was given.
In other matters, the board agreed to start its April 20 meeting at 6 p.m. to allow more time for citizen comment on the proposed land-use plan for western and southern areas of the county.
The land-use comment period will begin at 7 p.m. and continue until all speakers are heard.
If a huge number of people want to speak, the meeting could be recessed and continued on a second night.
Contact Jessie Burchette at 704-797-4254. 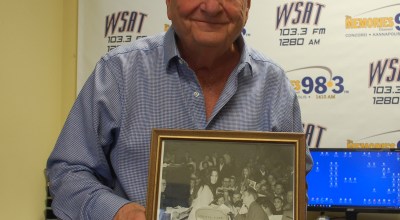