By Katie Scarvey
Salisbury Post
Lacey Childress remembers sitting in church with her brother Logan, then 5. Their uncle had drawn a Road Runner (the cartoon variety) and told Logan to copy it, just to keep him busy during church.
Logan’s version ended up being better than his uncle’s original, Lacey says.
That’s when she first knew that her brother had artistic potential.
“I think he’s very creative,” she says.
The judges for this year’s Dare to Imagine award agreed and awarded Logan ó who recently graduated from South Rowan High School ó with a $1,000 scholarship and his own exhibition at Waterworks Visual Arts Center, 123 E. Liberty St. The scholarship and solo exhibition opportunity are made possible by a gift from Edward and Susan Norvell.
The Dare to Imagine award is given annually to the Rowan County high school senior whose artwork most exemplifies the creative potential of the human spirit, heart, and hand.
Logan’s portfolio was judged as having the strongest range of ideas, originality, and technical talent among those entered countywide.
He wasn’t planning to enter, he says, but his family and friends talked him into it.
Logan’s portfolio ó framed compliments of the Fine Frame Gallery ó will be on exhibit at Waterworks through Aug. 25.
At a Waterworks reception June 22 for the summer exhibits, celebrating with Logan were friends and family members ó who tend to show up in his art.
“I like drawing people I know,” Logan says.
“The Way Things Used to Be” features the faces of a diverse group of teenagers. If you looked around at the Waterworks crowd at the opening reception, you could pick out four people appearing in the piece, Logan’s friends who wanted to be there for his moment in the sun.
His grandmother, Olene Childress, was there, too.
“I’m very proud of him,” she said. “He started at 5 or 6. We knew he had some talent.”
Logan’s imaginative creations are clearly influenced by the world of comic books and animation, including manga, a Japanese style. His drawings include well-muscled figures, monsters and glimpses at what’s beneath the skin.
He can’t cite any specific artist who’s influenced him.
“Most of what I draw is pretty random,” he says, adding that he draws “everything from everywhere.”
“Logan is one of the most self-motivated, hard working, and dependable students I have ever taught,” says Jackie Elliot, Logan’s high school art instructor.
“If he sees a project going in a direction that he hadn’t planned, he doesn’t hesitate to do whatever is necessary to make it perfect.
“He pays close attention to minute details and is meticulous in the way he creates his artwork. His quality of line expression is outstanding and unmistakably his own.
“He constantly strives to make his work original. Logan is the type of student you can count on to add that little extra something to make whatever he is working on special. He has no fear of trying new things or meeting very demanding expectations.”
The son of Jimmy and Linda Childress of China Grove, Logan plans to attend Savannah College of Art and Design in the fall and plans to focus on animation.
After college, he’d love to work as a motion picture animator, and mentioned “Shrek” as an example of the sort of animation he’d like to do.
Logan isn’t afraid to take some risks to pursue his passion.
“I don’t want to be a person who says ‘What if?’ ” he says. “I don’t want to have a job I don’t enjoy.”
nnn
Contact Katie Scarvey at 704-797-4270 or kscarvey@salisburypost. com. 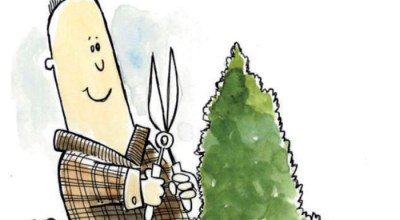