No one seriously injured when truck overturns with a splash, blocks road for hours 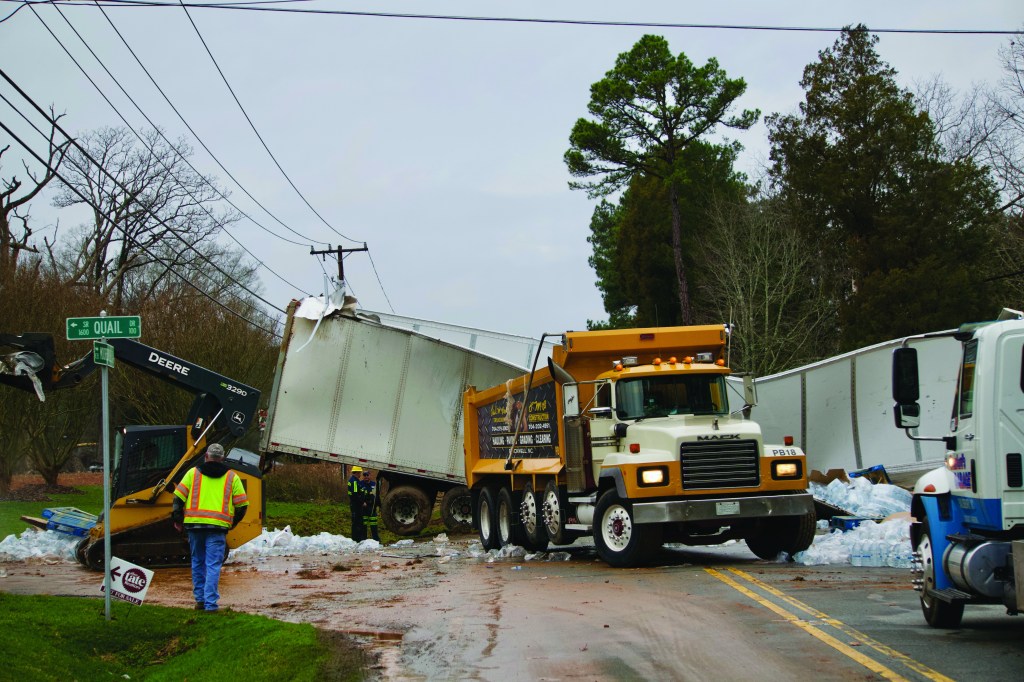 Carl Blankenship/Salisbury Post - The truck blocked the road for hours as cleanup removed the debris and the vehicle from the road.

SALISBURY — No one was seriously injured after a tractor-trailer hauling jugs of water overturned and spilled its 45,000-pound payload all over the intersection of N.C. 150 and Quail Drive.

The truck came to a rest on its side, completely blocking N.C. 150 and blocking access to Quail Drive from one side. Quail Drive is the entrance to the Summerfield subdivision.

N.C. State Highway Patrol Trooper J.T. Simmons said the driver ran somewhat off the road and the truck overturned as the driver lost control. The driver, whose name was not provided, was cited for failure to maintain lane control, and Simmons estimated the damage at about $85,000, with the probable total loss of both the truck and trailer, and some minimal damage to a resident’s yard. He had no estimate for the value of the water, which was Freedom’s Choice brand.

Simmons said the driver alleged a burgundy vehicle pulled out in front of her, causing her to slam on the brakes and lose control, but there was not a good description of the vehicle no indication of heavy braking on the roadway.

Simmons said the wet shoulder on the road would cause a trailer to sink down into the soil.

The road was closed for more than four hours as the truck’s remains and crushed and uncrushed water jugs were cleared.

Simmons said a tractor-trailer crash that blocks an entire roadway is not a daily event, but it is not uncommon.