SALISBURY — Karen Alexander is involved in the community, and that involvement makes her an effective member of the Salisbury City Council, she says. 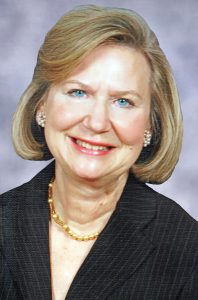 Alexander is a founding member of Healthy Rowan, serves on the ABC Board, advocates for cities as second vice president of the N.C. League of Municipalities and is secretary for the Salisbury Community Development Corp. Now, she’s running for re-election.

“All this work I do outside all leads back to being an effective and informed member of council,” Alexander said.

She gave an example of work behind the scenes as a conversation with a Carolina Thread Trail board member who told her about grants and how to be an attractive applicant. The city has focused on being shovel-ready as it waits for funding, she said.

Having those connections and conversations, she said, has benefitted the city Parks and Recreation Department, which has seen funding challenges over the years. The city has added miles to its greenway and has been able to take advantage of donations such as with the veterans cemetery to add green space.

Alexander said the city’s capital improvement plan has helped outline what’s to come in the next five to 10 years — not just a guess — while improving the fund balance to prepare for potential economic downturns in the future.

Looking forward, Alexander said she wants to contribute to successes with economic development; increasing the housing stock; improving public safety by providing resources the Salisbury Police Department needs while improving officers’ relationships with the public; enhancing the health of residents while combatting the opioid crisis; and preparing for infrastructure challenges.

She said someone once told her she was the most principled member of the City Council, and she agrees with that. Alexander said she makes decisions according to the law and not on emotions.

She’s also interested in bringing her experience as an architect, urban designer and business owner back to the council.

As an example, Alexander noted a text amendment to the land development ordinance that she questioned at a City Council meeting. She asked the Planning Department to think about how the change would affect every lot size and zoning classification. Alexander said she has since been working with the staff to revise the amendment.

“I’m always using my skill set to do things in the most professional way,” Alexander said. “In doing that, you’re protecting all citizens.”

Having a successful city government, she says, should be like watching paint dry — boring.

“If you do it well, then it’s not exciting,” she said.

Alexander said she enjoys working with five perspectives on the City Council. She previously served as mayor and now is a council member.

Alexander said, if she is the highest vote getter in the election, other council members would decide whether she will once again be mayor, a position in which she served from 2015 to 2017. She would be willing to serve as mayor again, Alexander said.

“I love serving the community,” Alexander said. “It doesn’t matter what seat I sit in. …I’m just about seeing and helping our city grow.”

SALISBURY — This campaign is different for Tamara Sheffield than the ones she ran in 2015 and 2017: She now... read more