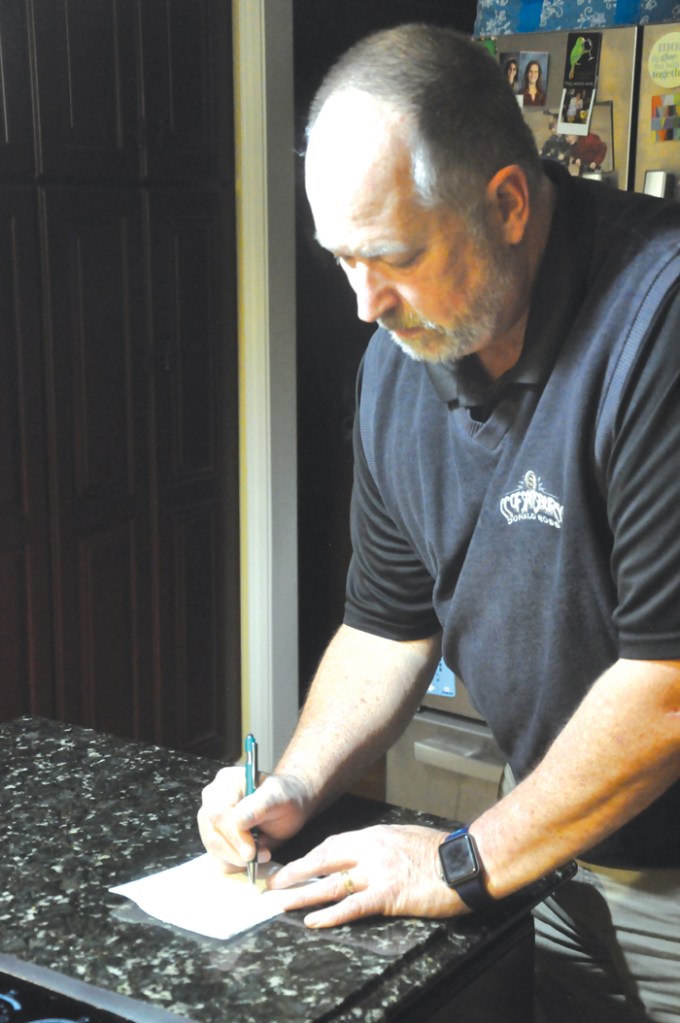 After he was laid off, Jake Parrott made lunch for his three younger children when they were in high school. He included napkin notes which eventually morphed into thoughts for the day on his Facebook page. Photo credit: Carole Parrott 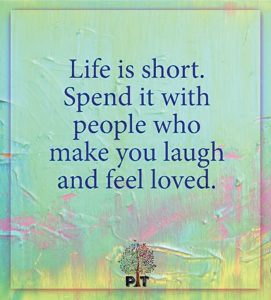 A few years ago, Jake Parrott decided to make the best of a bad situation.

“When I lost my job in corporate downsizing after an 18-year-career, I suddenly found myself home during the work week,” says Parrott, who lives in Salisbury with his wife, Carole, and three of their four children.

He took it upon himself to pack lunch for Caroline, Carsyn, and Harrison, all students at Salisbury High School at the time. He’d wake up early, turn on his computer, and find an uplifting quote to write on their napkins.

Before long, Caroline told him how much her friends were enjoying it.

If they’re looking forward to it, Jake thought, maybe others will, too.

So he started posting these thoughts for the day on his Facebook page. Of course, he had to post the thoughts he wrote on the napkins a day late, so Caroline and her friends could see them first.

“I really was taken aback by the response,” Jake says, once he put his posts on social media. “I don’t go many places now that people don’t tell me how much they appreciate my posts. I’m just amazed at the number of shares it gets.” 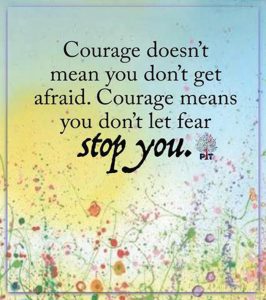 • Three things you cannot recover in life: the WORD after it’s said, the MOMENT after it’s missed, and the TIME after it’s gone.

• If you’re helping someone and expecting something in return, you’re doing business, not kindness.

• We can’t always choose the music life plays for us, but we can choose how we dance to it.

• If you want God to close and open doors, let go of the doorknob.

• Love the people God gave you because He will need them back one day.

He notes, “Something really crappy happened to me, and I just tried to make something good and motivate my children. It was God’s way of showing me a gift that people need.”

Others around town are also sharing that gift. 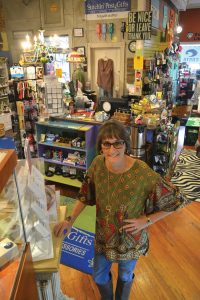 Misty McDaniel recently took over social media posts for the Stitchin’ Post. She is a people person who likes to share her faith and positivity with others.

Misty McDaniel, who works at the Stitchin’ Post, recently took over the store’s Facebook page. She has a strong faith, she says, and wants to share the power of positivity with others.

“I’ve gone through a lot of tragedy in my 46 years,” she says. “I try to pick things that resonate with people. A lot of it is the Holy Spirit, too.”

Misty is definitely a people person. Being a hairdresser and now working at the Stitchin’ Post, she says, helps her be there for customers, not just to help with purchases, but to lend an ear, too. She doesn’t hesitate to pray with customers if they ask, she says. “It’s great that Pam (the store’s owner) allows us to bond with customers.”

Misty says she’s received “pretty awesome feedback” from customers about the inspirational post. Mae Dry, a co-worker, often sends her a “You go, girl!” post in the evening when she reads the thought for the day. 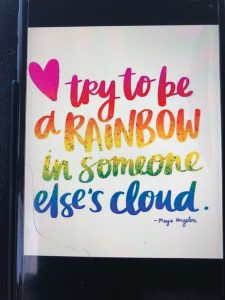 “She is so inspiring,” Mae says. “She is a good-hearted Christian girl. It comes so natural to her.”

“I like to be positive,” Misty says. “We need more positivity.”

Paul Fisher couldn’t agree more. The chairman emeritus of F&M went to see Elizabeth Cook, the Post’s former editor, several years ago about putting thoughts for the day in the newspaper.

“I believe it was needed back then when I went to see Elizabeth,” he says, “and I do believe it is needed more today.”

To Paul, “negativity” is a four-letter word.

Susan Geissler, F&M’s senior vice president and director of human resources, has been emailing thoughts for the day to the bank’s employees for years.

For her, reaching out to her 135 fellow co-workers is a daily habit. “I feel guilty if I don’t do it for people.”

Susan sends out an email each weekday morning. 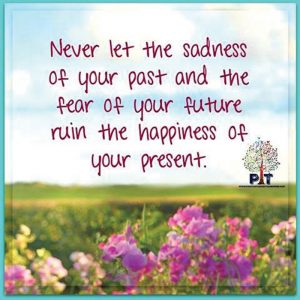 “I just go with whatever speaks to me,” she says. “I try to keep it light, but send things to make people think a little bit, too.”

Thoughts for the day, Susan says, have been around a long time, even back to the days of the employee bulletin board and monthly newsletters.

“It does mean a lot to people, and that’s why I do it,” Susan says. “It’s something to look forward to every morning. I’d do it if we just had one employee.”

Paul Fisher got the idea to send out a daily email from his friend Johnny Safrit. Johnny says he started the practice about 2008, when the economy dipped and things weren’t so great. Pretty soon, he had a list of 300 people on his email.

Like Paul and Susan and Jake, Johnny doesn’t look for inspirational material as much as it seems to find him.

And the response has always been positive for him, too, he says. “People will tell me, ‘This was written for me,’ or ‘I needed to hear this today.’ It’s all been real positive. I do it because it’s my way of giving back a little bit.” 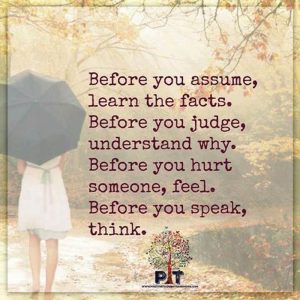 In all these years, Johnny says, he’s only missed a couple of days sending an email because he was sick as a dog. And he did take a few days off to go fishing once, he notes.

You’re probably not surprised to learn that his computer’s hard drive is now absolutely full — so much so it won’t even start.

But don’t worry, he says, he’s working on getting everything transferred over to a new computer — one that has way more storage space.

“I’m gonna get it going before long,” he says.

Which is a good thing, because we can all use a little bit of positivity each day. 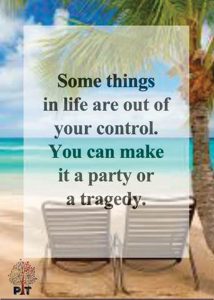