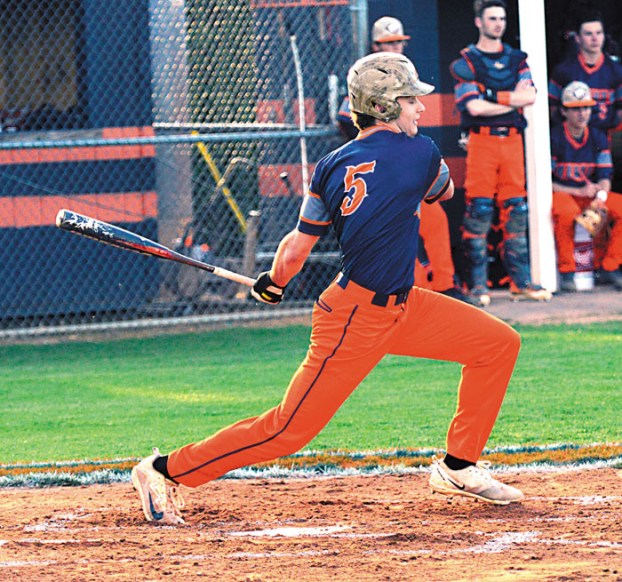 CHINA GROVE  — Carson senior Luke Barringer stands 6-foot-4, belts tape-measure homers, runs like an antelope and can effortlessly heave a baseball out of a stadium.

Everything about Barringer screams Division I, but Catawba College coach Jim Gantt managed to sign him last week.

Gantt does that. He signed East Rowan’s Hayden Setzer, a similar talent, last year, and he seems to do it every year. That’s how Catawba stays among the elite D-II programs in the region and the nation. You have to get some of those special guys.

“I went to some camps at Division I schools and always did really well, but no one ever talked to me much,” Barringer said. “It’s like everything has been pointing me to Catawba for a long time. I’m not settling for Catawba, I’m excited about Catawba. Coach Gantt turns out great players and he’s had a lot of guys drafted. I’ve followed Catawba baseball a long time and I’ve always thought highly of  the program. Catawba is not only close to home, they win a lot of ballgames.”

Barringer has been a strong player the last two seasons for Carson and was second team all-county as a sophomore and first team as a junior. His OPS — a stat which measures power as well as the ability to get on base — has been .916 and .891 the past two seasons, second on the Cougars to draft pick Owen White. A right-handed hitter, Barringer has socked eight homers, eight doubles and three triples for Carson while driving in 41 runs. He’s also walked 29 times.

“He’s been good, but he still hasn’t reached half his potential yet,” Carson head coach Chris Cauble said. “He’s a worker who has gotten addicted to the weight room, and his power numbers are going to keep going up as he gets stronger. His power numbers can be really big. In the fall, if he took 10 BP swings, he cracked seven or eight balls out of the park. He has a chance to be a complete player. His arm is super-strong from the outfield and he can run with the best of ’em.”

As a senior, Barringer is going to get his first serious chance to pitch for the Cougars. Cauble said he’s gained confidence in his curve and changeup, and his fastball should be lively. Cauble said he projects as one of the rebuilding Cougars’ top four hurlers.

“My arm is still better from the outfield than on the mound, but I’m getting there,” Barringer said. “At one of the camps last summer, we all had a chance to face five batters. I struck out four and got a weak groundball from the other one.”

Barringer will also be the key to Carson’s lineup.

“My job is going to be finding someone to hit in front of Luke and behind him,” Cauble said. “We have to get him some pitches to hit.”

Barringer was a Rowan County American Legion regular for Gantt last summer on a team that went 33-12 and reached the state tournament. So Gantt had a chance to see what Barringer can do on a daily basis, in practice as well as games.

“First of all, he’s been trained from the inside out at home to be a good person, and those skills allow him to be a great teammate,” Gantt said. “He’s going to look really good in a uniform, and he has raw ability with a lot of tools. His best baseball is definitely ahead of him.”

Barringer hit five homers for the Legion team and knocked in 24 runs.

“I started hitting the ball hard more often than I ever have,” Barringer said. “I really liked playing at Newman Park, and that’s something I’m looking forward to at Catawba. I enjoyed playing for Coach Gantt and I’ve also gotten to know assistant coach Ronnie Pugh from playing against his Randolph County teams. I’ve got a pretty good idea of what’s ahead of me at Catawba.”

Catawba won another South Atlantic Conference championship last season. In the last six years, Catawba has won five outright titles and tied for another one with Wingate.

Barringer is the first player to sign with the program this year. Gantt said he has one more verbal commitment. Catawba won’t be losing many players and isn’t anticipating a large signing class.

Barringer will probably major in business, but he admits that his goal is to play baseball a long time. He has the size and talent to turn that dream into a reality.