I-95 opens in SC; still closed near Lumberton 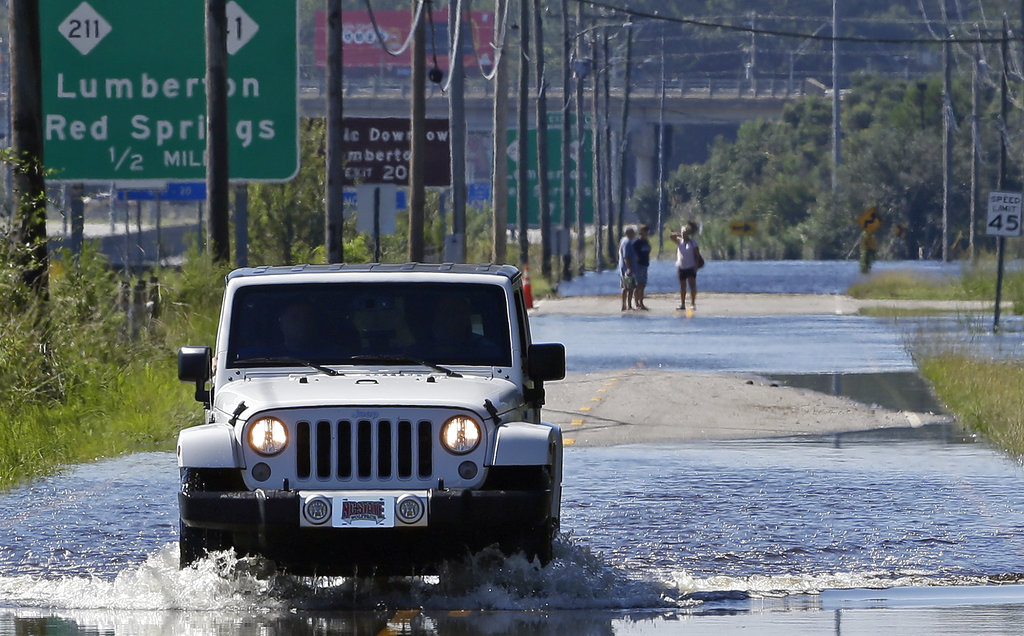 A vehicle navigates a roadway inundated with water adjacent to a closed stretch of Interstate 95 in Lumberton on Tuesday following flooding from Hurricane Florence. (AP Photo/Gerry Broome)

Authorities say Interstate 95 is being reopened in the northern part of South Carolina.

State Department of Transportation officials said the Great Pee Dee River is receding and inspectors were able to check the I-95 bridges over the waterway and clear them for travel Friday afternoon. The bridges between Florence and Dillon were closed for two days after Tropical Storm Florence walloped the Carolinas, dumping heavy rain before weakening and moving on.

Northbound travelers won’t be able to get much further on the main north-south highway on the East Coast. I-95 is closed in both directions a short distance into North Carolina at the Lumber River in Lumberton and officials say will likely remain closed until the end of the month.

North Carolina Gov. Roy Cooper said Friday that power outages are now down to about 56,000 homes and businesses in the state a week after Florence’s eye made landfall. And the shelter population —once over 20,000— is now down to 3,700.

Still, Cooper is asking displaced residents to resist the urge to go home if they know their region lacks electricity or other basic necessities. He also says major flooding continues and could cut off roads quickly.

There were more than 600 road closures Friday morning, including Interstates 40 and 95.