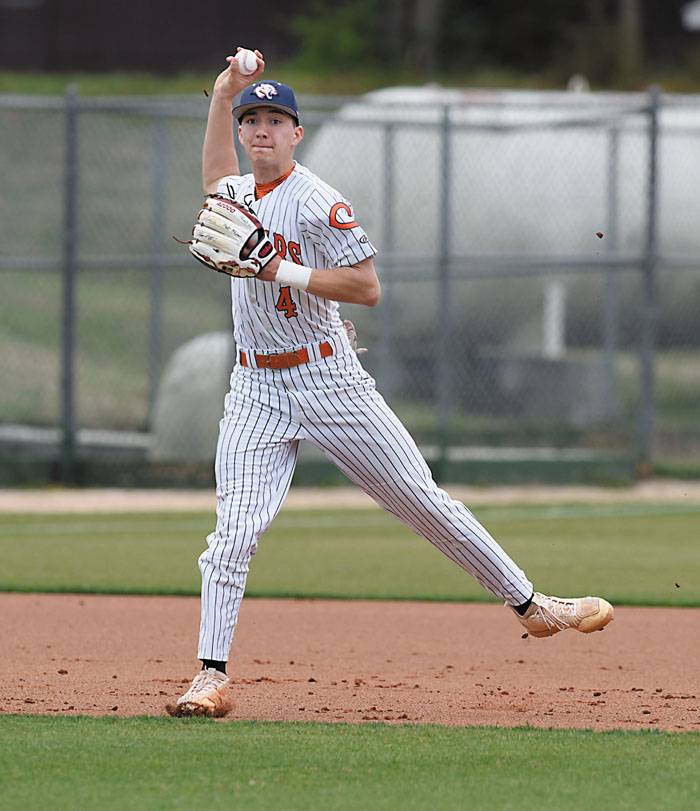 Carson shortstop Owen White was selected as Gatorade's Player of the Year for the state of North Carolina ...File photo by Wayne Hinshaw, for the Salisbury Post

CHINA GROVE  — Carson baseball coach Chris Cauble’s Tuesday got off to a promising start — with an email from the Gatorade folks.

That email informed Cauble that Carson pitcher/shortstop Owen White had been named the state’s Gatorade Player of the Year.

Northwest Cabarrus’ Corey Seager was the Gatorade baseball honoree for the state in 2012. Whiteville’s MacKenzie Gore was the North Carolina and national baseball winner last spring.

White fielded superbly and swung a solid bat for a 24-6 Carson team that reached the fourth round of the 3A state playoffs. He hit .333 with 10 doubles and 25 runs scored. He homered in his final game for the Cougars, a clutch, game-tying blast in the sixth inning of an eventual 3-2 loss to West regional champion Crest.

He was first team all-county in basketball for a conference-championship team this season and will be receiving more county accolades in the weeks ahead.

White signed with the University of South Carolina last fall.

That’s a potential option for him, but he’s also certain to be chosen in the MLB draft that begins on June 4. The latest mock draft has him being taken with the 70th overall pick by Cleveland, which would be late in the second round. Other mock drafts have him being picked somewhat higher.

“We’ll have to wait and see what happens,” Cauble said. “We’re hoping for good things.”

Gatorade awards are based on academics and character as well as sports. White has a weighted 4.14 GPA. He’s a Special Olympics volunteer and  serves his community through his church youth group.

Carson held its athletic awards banquet on Tuesday night. Needless to say, White was honored as male athlete of the year.