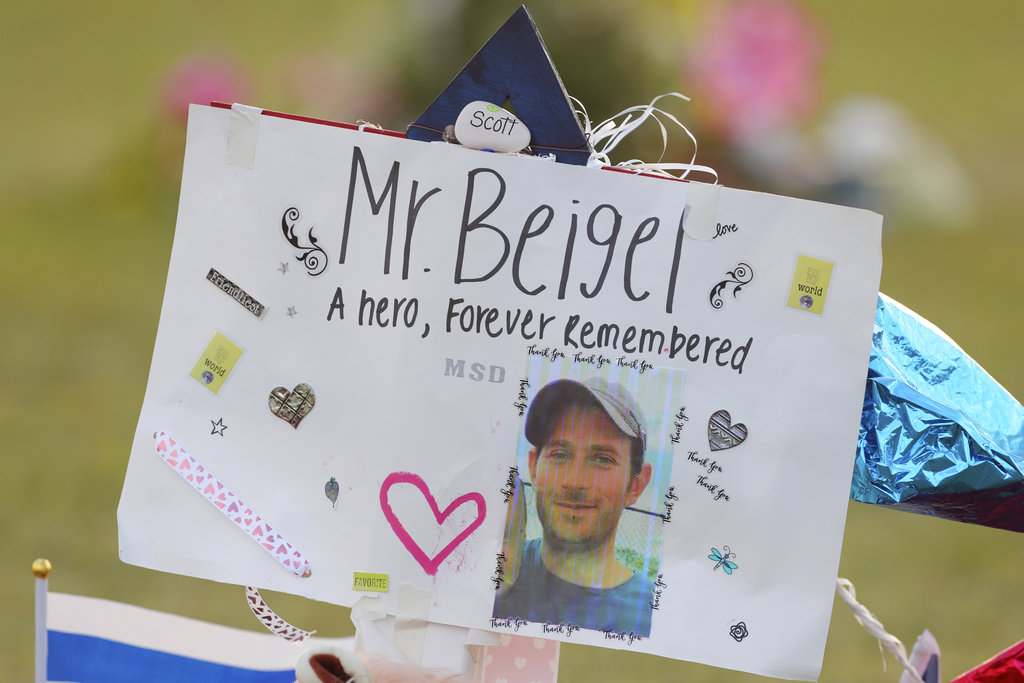 A memorial for geography teacher and cross-country coach, Scott Beigel is shown on Tuesday Feb. 20, 2018 at Pine Trails Park in Parkland, Fla. Members of the Marjory Stoneman Douglas High School cross country team organized a run to honor their fallen coach, Scott Beigel, and the other victims of the school shooting. (Mike Stocker/South Florida Sun-Sentinel via AP)

Why didn’t the Post put the picture of the one adult that could have stopped the Parkland High School shooter, if he had been allowed to have a gun, on the front page of the newspaper instead of the glorifying the shooter? He was a true hero and gave his life to save some of the students before he was killed.

We live in today’s world, not 30 years ago. We need to take action as was done after 9-11, not pass laws that will put more people at risk. There are enough laws. They need to be properly enforced, and every state and government agency must do their part.

Letter: One vote Pierce won’t get