Prep Golf: Chavis ties for 2nd in 3A; Antosek ties for 5th in 2A 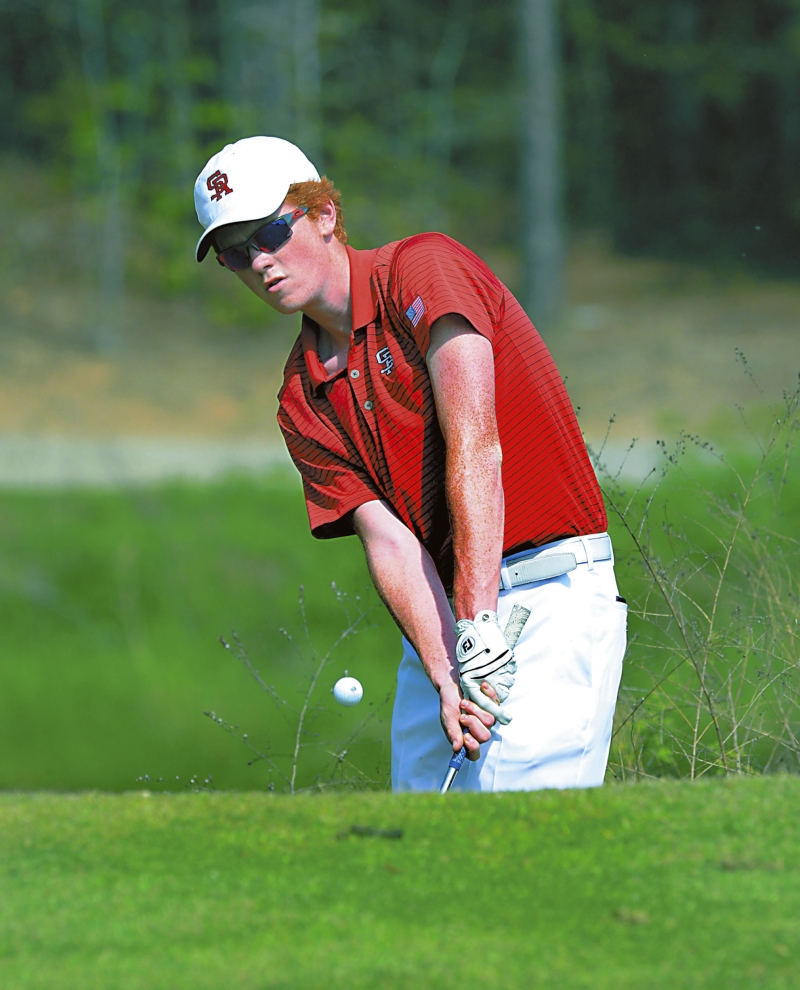 Wayne Hinshaw/for the Salisbury Post ... South Rowan’s Parker Chavis, shown in earlier action this season, finished tied for second place in the 3A state golf championship at Foxfire on Tuesday.

JACKSON SPRINGS, N.C. — South Rowan senior Parker Chavis stood at the 17th tee box, a 189-yard par 3, trying desperately to keep his emotions in check. Two holes to go in the 3A state championships on Foxfire’s Red Fox Course, and he was tied for the lead.

A bogey on the 17th put Chavis down a stroke, and Wilson Fike’s Bryson Boyette finished things off with a birdie on No. 18 for a two-shot victory over Chavis, who parred 18, and Lee County’s Dalton Mauldin.

“I gave it all I had the last two days,” Chavis said. “I thought I handled the pressure well for the most part, and this state experience is going to be help me tremendously in my college career.”

Chavis, who signed with Pfeiffer University, bogeyed No. 5 and No. 6 before getting a stroke back with an 8-foot birdie putt on the par-4, 413-yard No. 7 hole.

He made his second — and final — birdie of the day on No. 12, a par-3, to get back to even for the round and the tournament.

“I made a really long putt on  12, really the only putt that fell for me all day,” Chavis said. “I was in position to make a lot of putts, but I lipped a couple and left a few more a hair short.”

After that birdie, Chavis parred the next four holes before his setback on 17.

Lyerly won the state title as a sophomore in 2015 and finished fifth last year.

East’s William Garland had a stellar tournament, shooting 77-75 — 152 to tie for 11th. Garland made two birdies on Tuesday.

East’s Bryson Sprinkle made one birdie on Tuesday and shot  81 after an opening 73 put him in contention. He tied for 18th.

Salisbury junior Alex Antosek made four birdies on Tuesday at Beacon Ridge in West End and shot 2-over 74. His round included four bogeys and a double bogey.

Antosek, who shot 80 on Monday, was tied for 16th going into the second round. He moved up to a tie for fifth at 10-over 154.   It was a remarkable comeback after he began the tournament struggling.

Antosek started Tuesday’s play on No. 10. He made his first birdie on No. 14, trickling in a putt from 20 feet.

Antosek ran into rain on No. 18, but he made a swinging putt for a birdie.

“That was incredible in the conditions,” Antosek said.

On the No. 5 hole, a short par 4, Antosek struck  his second shot within 5 feet and made the putt for birdie.

He rescued his round when he avoided potential disaster on No. 8. He scrambled for a bogey after his tee shot went out of bounds.

Antosek finished the tournament with a birdie on No. 9. He hit a wedge from 97 yards out within 4 feet of the cup and knocked down the putt.