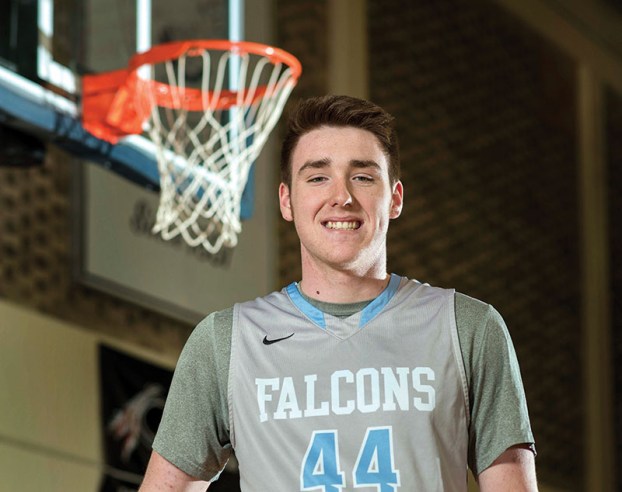 SALISBURY — West Rowan’s Caleb Mauldin goes to a school that has produced many of the legends of Rowan County boys basketball, but the 6-foot-8 junior already is sixth on the school’s all-time scoring list.

Mauldin has placed 1,396 points in the record books, including 544 as a junior when he topped the county with 19.4 points per game. He scored 20 or more points 12 times and had a 16-game stretch in a vicious league in which he scored at least 15 every night.

Still, Mauldin wasn’t an automatic choice for Rowan County Player of the Year, the first for West Rowan since Keshun Sherrill in 2012. North Rowan had produced the last four winners — Oshon West, Michael Connor Jr., and then back-to-backs by Jalen Sanders.

Dynamic Carson junior Jamarius Hairston scored 19.2 points per game, spiced with a couple of 30-point explosions. North Rowan’s Henderson Lentz took more strides on the most extraordinary comeback in county history, rising from nearly dying on the court prior to his junior season to being Central Conference Player of the Year as a senior. Lentz is more than a shooter — he’s a tremendous player. Then there was North senior Joe Scott. When he was at his high-octane best, no one was any better.

But Mauldin is the Post’s pick, the best player on the best team, and team success matters. West was 10-2 in county games and had a winning record against every team in the county. West beat a tough Carson squad three out of four, including a 20-point romp in the South Piedmont Conference Tournament. West beat Robinson, one of the state’s best 3A teams —twice.

Mauldin’s scoring actually declined some from his sophomore year when he averaged 22.9 points and enjoyed a 43-point game against Central Cabarrus, but he was clearly a more focused, more savvy, more complete player as a junior.

Besides putting the ball in the hole frequently, the All-South Piedmont Conference pick averaged a county-best 13.2 rebounds. He led the Falcons in blocked shots and in charges taken.

“Caleb is constantly working, working, working to get better,” West coach Mike Gurley said. “He improved in so many ways. He played better defense. He improved his rebounding, and that probably was the biggest key to us having a good (18-10) season. He was a lot more patient on offense. He didn’t have to score as much and he didn’t have to hunt his shot the way he did as a sophomore.”

For Mauldin this season was much more fun than the 7-18 campaign the Falcons stumbled to in 2015-16. This time West had a five-deep guard corps. Second team all-county point guard Paris Hillie was available for the full season, and a return to action by second team all-county guard Kortez Weeks offered another defense-stretching threat that took pressure off Mauldin.

“We play extremely good teams in our league,” Mauldin said. “But we were a lot more athletic this year. We achieved some great team wins, some fun wins. Probably our best game was beating Robinson at home by one point. (N.C. State recruit) Lavar Batts Jr. had 41, but we won the game. You beat a team like that, and it means something.”

Another highlight of Mauldin’s season was being named MVP of the Dale’s Sporting Goods Sam Moir Christmas Classic, the biggest single sporting event in the county every year. Mauldin scored 55 points in the three-game tournament at Catawba’s Goodman Gym. He got his 1,000th career point in the first round against North Rowan and had 24 in the championship matchup with Carson.

Mauldin attributes much of his success to Gurley.

“He’s never made it easy for me and he doesn’t hesitate to yell at me, but everything he does is to make me a better player and  I respect him a lot for it,” Mauldin said. “His knowledge and his drills have made me a much better defensive player.”

Mauldin, who scored 11 points per game as  a varsity freshman, has become more than just a guy who’s bigger and taller than almost all of his opponents. West played fast this season. Mauldin kept up and got more than his share of hustle points.

While he’s not exceptionally fast or quick and doesn’t jump exceptionally high, Mauldin has great hands, a feathery touch, and nimble feet. He shoots with range, makes his free throws, and can handle the ball away from the hoop. There’s a lot to like about his game, and there’s no reason to think he won’t be even better as a senior.

“I work a lot on my footwork, my conditioning and trying to become more explosive,” said Mauldin, whose father Clint played for West’s 1997 2A state champions.
Mauldin, a first team all-district player, obviously is drawing recruiting interest, some of it from Division I schools, and he’s made visits. Plenty of offers should come, but he’s not going to rest on what he’s accomplished. He’s going to keep pushing himself. He said he’s not planning to play more AAU ball this summer, but he’s going to keep drilling, running and polishing his fundamentals.
“This kid’s coachability is off the charts,” Gurley said. “That’s why he’s going to keep getting better.”
You Might Like

Sergio Garcia wins the Masters, ends drought at the majors

AUGUSTA, Ga. (AP) — Sergio Garcia tugged the lapel of his green jacket with both hands, proud of his prize... read more