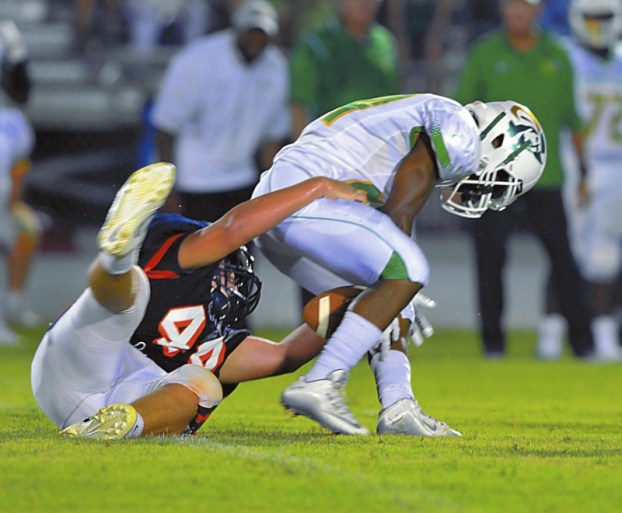 Wayne Hinshaw/for the Salisbury Post Carson’s Isaac Bell (44) tackles North Rowan’s Jaleel Webster, as the ball comes out. Webster was able to recover his own fumble on the play.