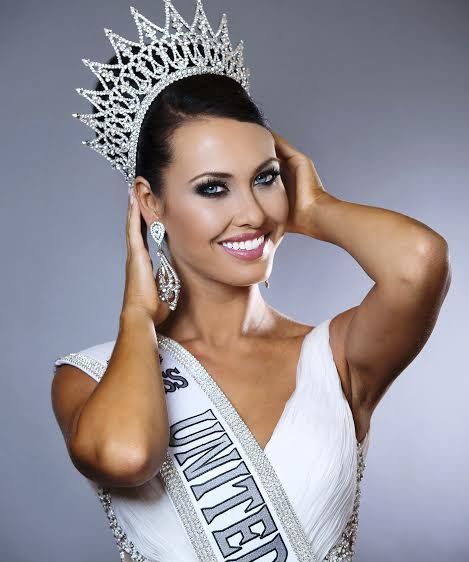 KANNAPOLIS — The city of Kannapolis will be represented in the city of London this year.
On July 6, Elizabeth Safrit was crowned Miss United States. Officials literally stopped the pageant to announce that the winner would — for the first time — go on to London to compete in the Miss World pageant in December.
Then, Elizabeth’s name was called.
“I certainly had God on my side,” says Elizabeth, 22. “I felt very, very confident all week long. I had the best interview I’ve ever had in competition.”
Elizabeth also did well in swimsuit and evening gown competition, as well as with her on-stage question.
“I nailed it,” she says.
But competition was not without its anxious moments. The week before, Elizabeth discovered that her custom-made evening gown had gone missing somewhere in Alaska, as far as she could tell. It had been shipped from China and never cleared customs.
Evening gown competition counted for 25 percent of the total score.
“I was convinced I had lost right there,” Elizabeth says.
So she traveled to Columbia, S.C., to Dazzles, the shop from which she’d purchased her pageant wardrobe over the years. She found a white dress that had just arrived.
“We knew immediately it was THE dress,” Elizabeth says. “It was so perfect.”
As a state queen, Elizabeth was given partial sponsorship for her pageant gowns. Now that she’s Miss United States, shop owner Jill Rowland has given her a whole new wardrobe to take to London.
“She really just goes above and beyond,” Elizabeth says.
The daughter of Walter and Lynne Scott Safrit, Elizabeth will spend the year making appearances as Miss United States. For the next two weeks, she’ll be modeling in Miami and appearing at the Mrs. United States competition in Las Vegas. Later this summer, she’ll model at the Atlanta apparel market. And she’ll be preparing for London.
Her talent at Miss World will be ballet — she’ll be performing en pointe — and she’s already back in the gym to keep in shape for swimsuit competition. Additionally, Miss World features a sports competition in which the young women are tested on their physical abilities. Not for the faint of heart, this segment will feature a 100-yard dash, swimming, a relay race, push-ups and sit-ups.
“That was a shock for me,” Elizabeth admits. “I’m taking swimming lessons.”
She laughingly describes the sports competition as “talent competition-meets Hunger Games-meets pageant.”
This fall, Elizabeth will head to New York Fashion Week, to the U.S. Grand Prix race in Texas and will appear at the 200th anniversary of the Star-Spangled Banner in Baltimore.
In addition, she’ll continue to make appearances for Rock the Vote, a voter registration program aimed at young people — her platform in the Miss United States pageant. She’s planning a trip to the organization’s national office in Washington, D.C., to learn how she can promote the program on a national level.
Elizabeth graduated in May from the University of South Carolina with a degree in political science. She was going to take a job with a political consulting firm, but has put those plans on hold.
“This is a once-in-a-lifetime opportunity,” she says.
Elizabeth leaves around Nov. 20. The nearly month-long preliminary round of competition — in addition to the sports segment — includes modeling, national costumes, swimwear, evening gown and interview.
“We’ll also be doing promotion work in London, making appearances around the city,” Elizabeth says. “We’ll be kept busy.”
Elizabeth’s family will be with her for at least two weeks. Brother Wil is a rising junior at Duke University, and she hopes his exam schedule will allow him to be on hand also.
Elizabeth expects a large contingent of friends and family will travel to see her compete.
“A lot of people have told me it’s a good excuse to finally make that trip to London,” she says.
The finals of the Miss World will be broadcast live mid-afternoon on Dec. 14 on the E Network.
While some 54 young women competed in the Miss United States pageant, more than 100 young women will be vying for the Miss World title.
Elizabeth feels good about her chances. “I do feel very good about my abilities. I think I can make the United States proud.”
Elizabeth also has a special connection to London. Her boyfriend, a golf pro whom she met at a golf tournament at Irish Creek, is from London.
“I love the city,” she says. “I’ll take any excuse to go back.”
Elizabeth has much to do between now and November, but wouldn’t have it any other way.
“It’s like a fairy tale for me,” she says. “It’s just perfect. Everything’s going my way right now. I feel like the luckiest girl in the world. I’m so grateful.”
She adds, “You have to lose quite a few pageants before you win. That’s what makes this moment so much better.”