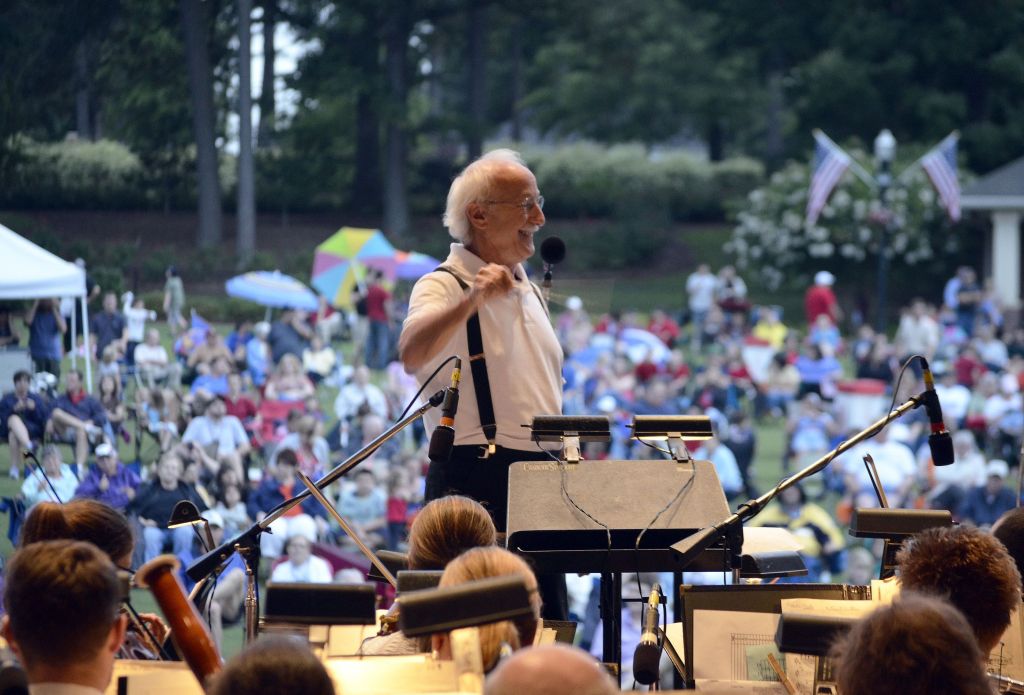 KANNAPOLIS — Summer means concerts and outdoor events, and organizers say this year’s free entertainment series in Kannapolis will offer a wide variety of choices for families.
Becky Tolle, recreation and special event coordinator, said the annual Movies in the Park series will begin tonight, with the Dreamworks animated movie “Turbo” on the Village Park lawn, starting at about 8:45 p.m. when the sky is dark enough.
Among other movies, the Disney animated film “Frozen” will be shown on July 11, almost in the middle of the summer. “That’s the best time to show it!” Tolle said.
For older audiences, two live-action movies — the 2013 action movie “Catching Fire” and the 1988 Tom Hanks movie “Big” — are scheduled.
“We always try to do new things with our summer event series,” Tolle said. “We always try to do so something fresh, to keep new events and new performances.”
Tolle said she’s personally looking forward to Piedmont Dance Theater’s ballet show at the Village Park amphitheater on Saturday, July 26.
“It gives people the opportunity to see a true, live professional cultural arts event for free,” Tolle said. “It’s more accessible for families, and a more relaxed setting.”
Gary Mills, director of Kannapolis Parks and Recreation, said this year’s slate of outdoor concerts and movies in Village Park had been chosen in part based on input from the public.
“I always look forward to seeing families come out and participate, who bring their chairs, blankets and picnic baskets and watch a movie or a show for a couple of hours,” Mills said.
Mills said the year’s biggest concert, the Charlotte Symphony Orchestra’s patriotic show, is scheduled for Wednesday, July 2.
The Charlotte Symphony’s annual concert regularly draws more than 12,000 people to the outdoor amphitheater, and Mills said the rest of the summer’s concerts are scheduled around it.
Country artist Joe Diffie opens the 2014 summer concert series on June 7.
Mills said Diffie was chosen for his name recognition and because country music “has always been a draw” in Kannapolis.
In all, there will be six free outdoor concerts this summer.
There will be fireworks displays after the Joe Diffie show, the Charlotte Symphony concert and the season-ending Too Much Sylvia show on Aug. 16.
Mills said that there has been some talk of bringing bigger names to Kannapolis, but that the city must stay within its means.
It’s possible that there might be some ticketed concerts at some point in the future, Mills said, but no such plans are currently in the works.
Other scheduled concerts include two acts new to Kannapolis playing together on June 21: Eagles tribute band On the Border and Tuesday’s Gone, a Lynyrd Skynyrd tribute band.
The Thursdays on Main lunchtime concert series is already under way, Tolle said, with four more shows remaining.
The small outdoor concerts are held Thursdays from 11:30 a.m. to 1 p.m. in Veterans Park, at the corner of Main Street and East First Street.
Each week, a different band plays, and a different local restaurant or food truck sells lunch.
Tolle said it was designed for those who wanted to have a casual lunch with friends or co-workers, with entertainment, or a lunchtime destination for families.
For the second year, an evening Thursdays on Main concert series will be held on June 12, July 10 and Aug. 14, Tolle said.
In addition to food for sale on site, Tolle said the evening performances will have a beer garden with beer and wine for sale.
Tolle said there’s a balance between events that have become traditions in Kannapolis and new options for a change of pace.
“We try to keep some of the traditional programs through the summer, but we try to step out with our Thursdays on Main, and we try to throw in some bands that are new and that you haven’t heard before,” Tolle said.
Mills said the popularity of outdoor concerts in Village Park has grown, not just among people who come from out of town to attend, but among the artists themselves.
“We get calls from 30 or 40 groups a year who want to come play here,” Mills said.
And Mills said there’s been a good response to Thursdays on Main. “It just provides a different opportunity, a different atmosphere,” Mills said. “You’re out in the shade of the trees, you’ve still got the hustle and bustle of the train and the streets around you, but it’s a nice atmosphere where people can sit and relax.”
A full list of summer events in Kannapolis, including the Stories Under the Stars children’s events at the Kannapolis Branch Library, is available online at www.cityofkannapolis.com .
Contact Hugh Fisher via the editor’s desk at 704-797-4244.