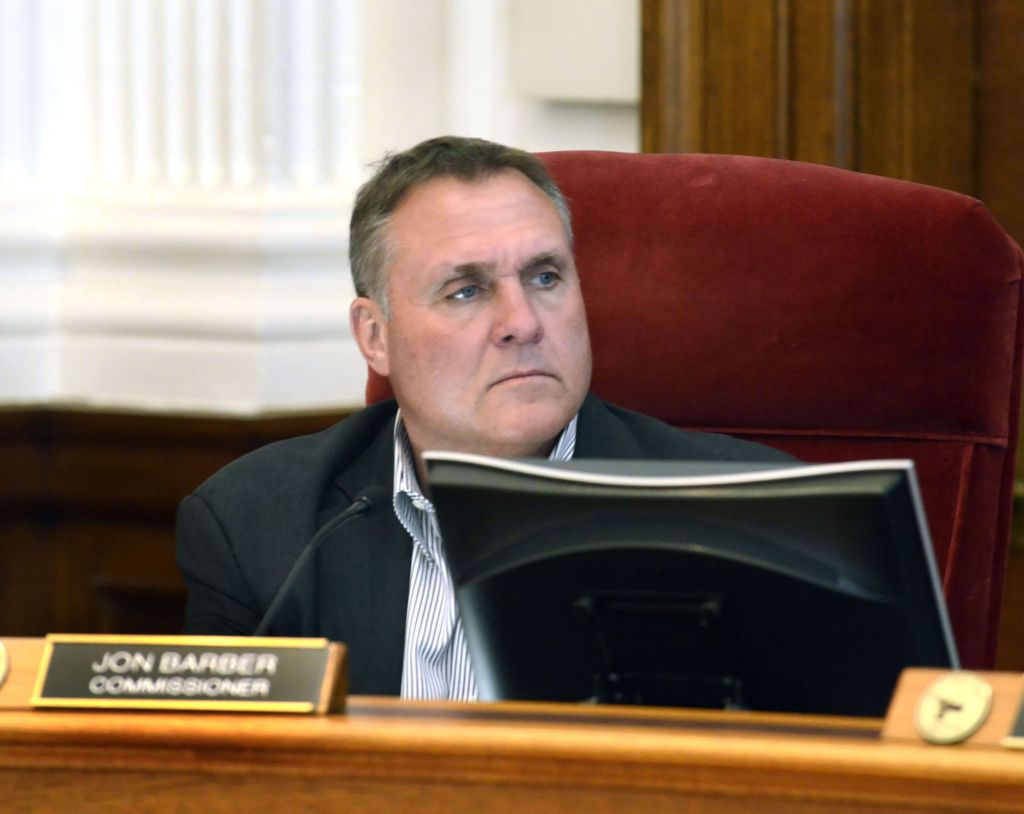 Things are continuing to heat up in the wake of a petition turned in to the county Monday and signed by six of the seven commissioner candidates advocating for the postponement of a hearing regarding West End Plaza financing.
All commissioner candidates, with the exception of Greg Edds, want Monday’s public hearing on the purchase and subsequent debt payment canceled and bumped to December — after a new commission majority is seated following the general election.
Rowan County Manager Gary Page responded to the petition signed by the candidates, and Rowan County Commissioner Jon Barber responded to Page’s letter in return.
Both addressed their letters to the State and Local Government’s finance division.
“In October 2013, the Rowan County Board of Commissioners realized that a local retail shopping mall was having financial difficulties,” Page wrote. “The commissioners felt that if they could purchase the mall at a good price, the county could save the existing jobs and allow an option for future office space for county departments.”
When the former mall was purchased on Dec. 16, the county received 319,000 square feet of potential office space for about $3.4 million, Page said.
The deal resulted in getting the property for $11 per square foot versus having to pay $125 per square foot, Page said.
On the day of the purchase, there were 28 leases in the mall. Since December, Page said the county has lost one tenant and gained another.
Page said he now is negotiating two new leases for business space.
“In next year’s 2014-15 budget, the mall is expected to collect $550,000 in lease income with $475,000 of overhead expenses,” Page wrote. “The balance of $75,000 will be held as a contingency.”
The issues raised by the six candidates, Page said, is “the mall is a dilapidated investment that will slowly drain the county coffers.”
“They repeatedly stated in campaign ads the mall purchase would require a three-cent ad valorem tax increase,” Page wrote. “In fact, to finance $4 million for the purchase and partial renovation with a ten-year amortization, will increase the tax rate one-half cent. I see the mall as a viable alternative to new construction, with renovation cost in the $75 per square foot range versus $125.”
The proposed mall purchase became an easy campaign platform to oust current commissioners, Page wrote.
For Page, the letter signed by the six candidates is “political posturing,” and he hopes the LGC sees fit to approve the West End Plaza financing on June 3.
In another Thursday letter to the State and Local Government’s finance division, Barber said he is “upset” at Page’s letter and doesn’t believe the county manager’s letter is accurate related to the real motives behind the debt application.
“If this matter were only about reimbursing Rowan County’s fund balance for the purchase of the Salisbury Mall then the requested debt issuance would be $3.4M, which was the purchase price,” Barber wrote. “The requested debt issuance is not $3.4M but $4M, which includes $500k to move County offices into the Salisbury Mall prior to the County’s current lame duck majority rolling off in December.”
Barber said the current majority on the county commission lost in the primary because they purchased the mall without public input and by using cash up front so the purchase could not be stopped.
“This incensed the public, and they lost their re-election bids in the primary,” Barber wrote. “The Salisbury Mall is the most controversial County debt issuance in a decade, it resulted in the current majority losing their primary elections, and it is now being rammed through by an unelected majority prior to the new board members being seated.”
Barber said he supports the six candidates who signed the letter and echoed their request to table the public hearing until December.
“This is not about fund balance, this is about the outgoing majority thumbing their nose at the voters of this county who unelected them,” Barber wrote. “If you want to cut through all the bull, just ask Rowan County Manager Gary Page if he would accept a $3.4M debt issuance to solely reimburse the fund balance, and drop the $500k for the movement of County offices to the Mall from the debt application. I believe this would quench much of the opposition brewing related to this controversial debt issuance.”
Commissioners still are slated to hold the public hearing on West End Plaza financing proposals at their 6 p.m. meeting Monday.