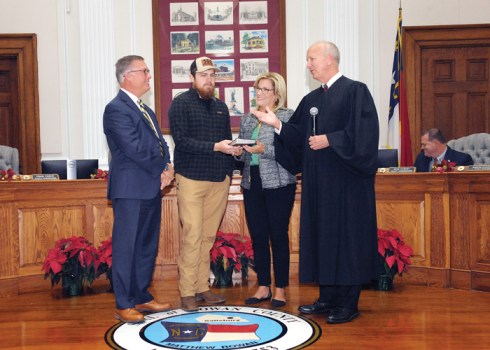 Commissioner Greg Edds gets ready to take the Oath of Office administered by Chief Justice of the North Carolina Supreme Court Paul Newby. Edds had his wife Kim and son Brandon hold the bible. Submitted photo by Steve Norman 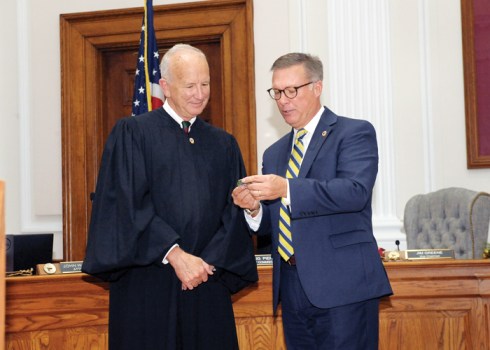 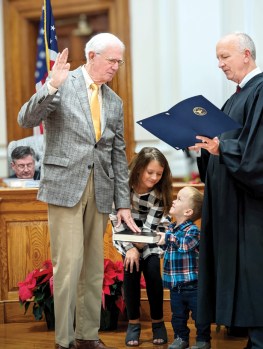 Commissioner Jim Greene takes the oath of office while his two grandchildren, Abel and Annistyn hold the Bible. The oath was administered by Chief Justice of the North Carolina Supreme Court Paul Newby. Submitted photo by Connie Byrne. 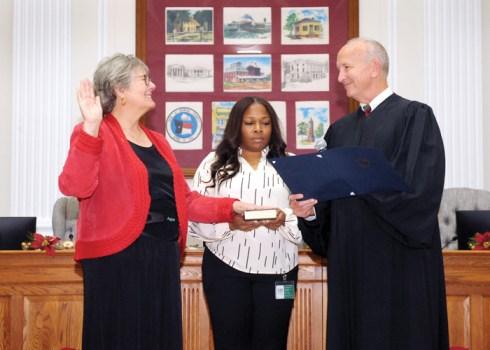 SALISBURY — Commissioners Greg Edds, Jim Greene and Judy Klusman took the oath of office during the Rowan County Board of Commissioners meeting on Monday.

All three commissioners were first elected in 2014, making this their third term serving on the board.

Administering the oath of office, which is usually administered by the Rowan County Clerk of Court, was Chief Justice of the North Carolina Supreme Court Paul Newby. Chief Justice Newby was first selected to the court in 2004 and elected chief justice in 2020.

“When the chairman and the other commissioners asked me administer the oaths, I was honored to do that,” Newby said.

Klusman took the oath first, followed by Edds and then Greene. Edds had his wife Kim and son Brandon hold the Bible while he was taking the oath, and Greene had two of his grandchildren, Abel and Annistyn.

“We are so honored to have Judge Newby here with us. We wanted to present you with a commissioner’s pin and if you’ll allow me to pin this on your robe and make you an honorary commissioner for the day,” Edds said.

“We are so grateful to be in the position we are and grateful for your votes in May and November. We count this as one of the greatest honors of our lives,” Edds said after being named chair. “We genuinely want this county to do better and do well. Thank you for putting your trust in us.”

“I am always appreciative of the innovative thought that comes from each member of this board and I appreciate the way that we have been able to work together and get more done in the county than I ever thought we would,” Green said. 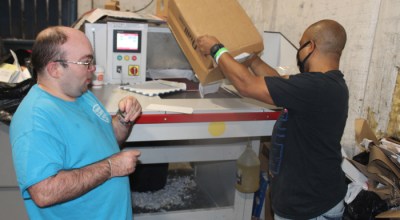