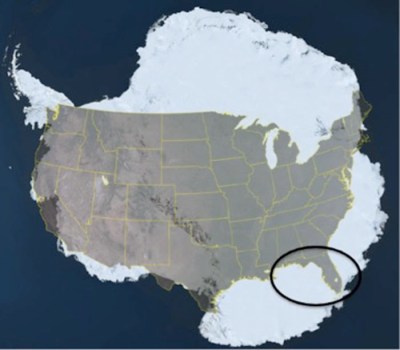 Antarctica is much larger than the United States — NASA image 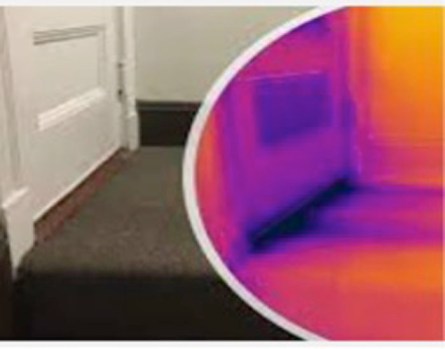 Camera is revealing no door weatherstrip. 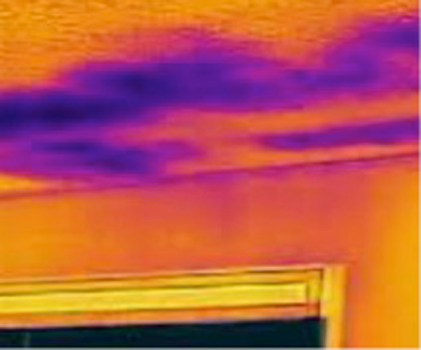 Earlier this year, my wife and I went to Antarctica. What I saw blew my mind.   I had not understood how big it is – or perhaps I should say how big it is this year. Due to climate change, Antarctica is now melting faster than any other time in history.   During your lifetime this melting will change North Carolina in many ways including threatening food production and jobs in coastal areas, flooding of highways along the seacoast, and dramatic rise in the cost of property insurance in North Carolina flood zones to name just a few.

Last week, I showed you an image of the melting of the ice in the Arctic area around the North Pole over the past 40 years.   Today I am focusing on the Antarctic – the area around the South Pole.

As you can see in this image[i] (copied off of NASA’s website) Antarctica is much larger than the United States.

This Florida sized glacier sits on a rock slope (like a kids sliding board at the park) aimed toward the ocean. The glacier used to be firmly attached to the rock, but the already warming and rising ocean water has seeped under it, and the glacier is now sliding rapidly downhill into the ocean.[i] Since it is as big as Florida, scientific estimates are that when it falls into the ocean in a few years, it will raise the worlds ocean level two feet. [ii]   This will be followed by significant additional sea level rise from other glaciers the Thwaites currently holds in place, (like the other kids standing on the slide’s ladder waiting their turn) which will follow it down the slide.

We have done a bad job taking personal actions to slow climate change, and an even worse job teaching our kids things age appropriate things that they can do.   They feel powerless, and doomed.

People are surprised that our under-20 years old population (who, according to public opinion surveys, know more about climate change than their elders)[iii],[iv] are suffering from historic rates of suicide and depression, and many of these people (who are approaching reproductive age) say their fear of coming climate change as a contributing factor to their poor mental health.

One way we can stop this sense of helplessness among the young is to teach them how to lower their own family’s creation of climate changing gasses, and at the same time lower their families energy bills.

The average energy cost (electricity and natural gas) per household in North Carolina is right at $3,000 per year[v] for lighting, heating/cooling and hot water.   A lot of that energy and money is wasted because people do not know when it is leaking or being used inefficiently.   Producing all of that energy also creates lots of climate changing gasses. If we can teach the kids how to stop the waste you both save money and slow down climate change.

One way you can do that is to help them “make the invisible visible” by having the kids examine your home or school with a thermal camera. This can be done anytime, but winter is best. The camera actually shows different temperature in different colors, so if you have an uninsulated ceiling, or a wall without insulation it shows up on the camera as a dark color.

I will loan your sixth grade and older student’s science teacher, for free, the kind of camera that lets them scan your home for leaking energy. Just have the teacher go to www.thepollutiondetectives.org, select “Borrow Pollution Detection Equipment”, and fill out the form. I send instructions along.

It will be a learning experience for everyone involved, save you money, and help save our future.

Francis Koster, Ed.D., lives in Kannapolis. He is a retired pediatric health care administrator who runs a not-for-profit called The Pollution Detectives which is dedicated to “making invisible pollution visible”.