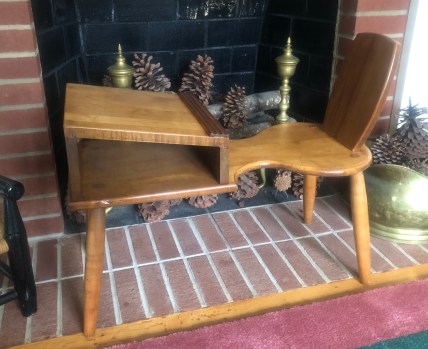 Dinah had Sonny's old desk refinished after he passed away. 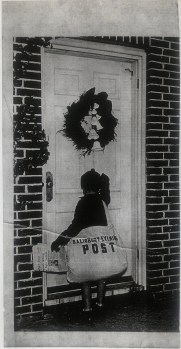 The Salisbury Post had a promotional picture taken of Sonny delivering newspapers. 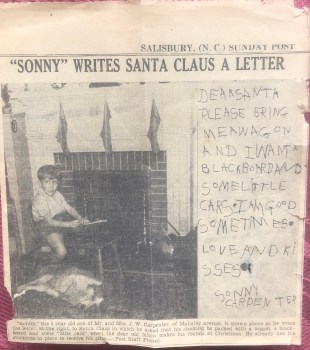 This found clipping is of a young Sonny Carpenter along with his letter to Santa.

SALISBURY — Writing Santa a Christmas letter is a rite of passage for many kids during the holiday season. For years, letters have been addressed to the North Pole with wishes for presents that will end up at the bottom of a tree on Christmas morning.

One of those letters may have a little bit more meaning for a family here in Salisbury.

Dinah Carpenter was fixing up a picture of her late husband Julian “Sonny” Carpenter, who passed away in 2015, as boy sitting at his desk writing to Santa, when she noticed an old newspaper clipping of The Salisbury Post containing that same picture, along with a handwritten letter Sonny had written to Santa that the paper published, tucked behind the frame.

In his letter to Santa, Sonny’s honesty is charming.

“I am good sometimes,” he wrote, after asking for a wagon, a blackboard, and “some little cars.”

“It was quite startling to tell you the truth,” Carpenter said. “That was a surprise to me. I didn’t know it was in there.”

The unexpected find brought back memories of Sonny and one of his favorite times of the year.

“He loved Christmas, he loved Thanksgiving. Loved the food, loved the celebration, he was just that kind of folk,” Carpenter said.

Dinah and Sony met at Catawba College in 1957. “He had so much personality that I began to like him. So, we were married in about six months,” Carpenter said. The two of them would have two children, Jennifer and Bowen, and they would settle in Salisbury, where they would spend the rest of their lives together.

Dinah remembers all the good times they had as a family during the holidays. Like having people over for Christmas Eve, putting up decorations, going to The Trolley Barn to look at trees, enjoying New Years Day, and tolerating Sonny’s shenanigans.

“Sometimes he acted foolish. He would sit over here and if he would get something from his son he would kick his leg up or something like that. He had a lot of personality, a lot of people liked him,” Carpenter said.

Christmas is still important to the Carpenter household. Some of the things Sonny would do is now up to his son Bowen, but they are still trying to make the season as festive as possible.

“We’ve actually carried on the best we can and you get used to it, but there’s a lot of loneliness there and things like that do bring back memories, but you just have to deal with it,” Carpenter confessed.