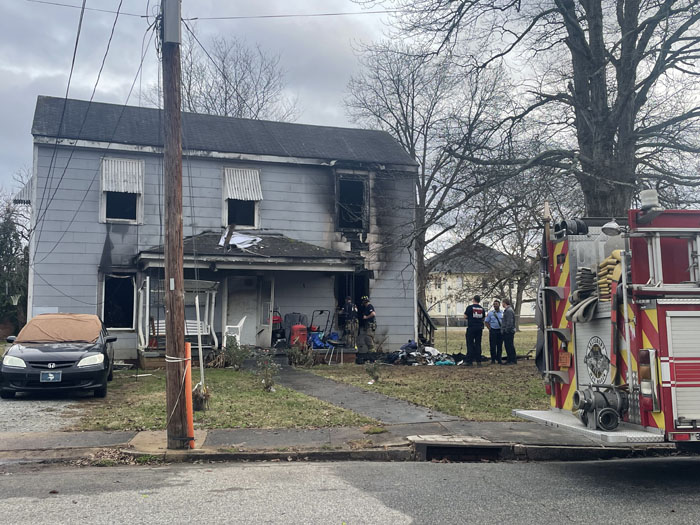 SALISBURY — Two children died and two adults were injured in an overnight house fire on South Church Street, including an adult who was airlifted to Baptist Medical Center and a firefighter treated and taken to Rowan Regional Medical Center, according to official releases.

At approximately 12:30 a.m., Salisbury Fire Department and Rowan County Emergency Services were sent to a reported structure fire in the 800 block of South Church Street. Upon arrival, flames and smoke were showing from the residence, but the fire was quickly extinguished.

At the time of the fire, there were four people inside the home, and though firefighters were able to knock the fire down fast, two children did not survive, and an adult in the home was taken to Rowan Regional Medical Center with serious burns, then airlifted to Baptist Medical Center. Details on the age of the victims or injured have not been released. In addition, one firefighter was treated on scene and then taken to Rowan Regional Medical Center, out of an abundance of caution.

The cause of the fire has not yet been determined. The Salisbury Fire Marshal’s office and Salisbury Police are investigating. The two-story home was occupied separately on the two floors, and the Post will update with any additional information on the fire or on any ways to help those affected.

The Red Cross is assisting the family members who have been displaced by the fire with housing and recovery. Red Cross has not been able to take donations locally since COVID. However, people can still easily donate by calling 1-800-REDCROSS or by donating to the Salvation Army. A case will be opened for these people specifically by tomorrow, according to a spokesperson, so donations can be directly earmarked for this particular incident.