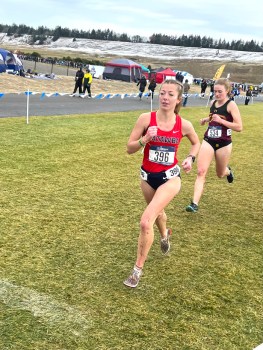 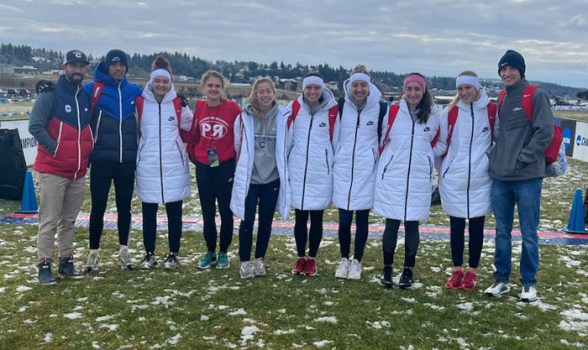 Catawba College sent eight cross country athletes to the Division II cross country championships on Friday in Chambers Bay, University Place, Washington. A light dusting of snow and temperatures in the mid-30s greeted the athletes for the mid-morning races.

Sophomore Oussama Ajala from Gastonia competed in the men’s 10K (6.2 miles) race and finished in 32 minutes and 32 seconds, good enough for 199th out of 257 runners. The men’s team had qualified for the first time in 2021.

Dillon Powell, a sophomore from the team champion Colorado School of Mines, won with a time of 29:28.

Stephanie Cotter, a junior from team champion Adams State, took her second individual national championship with a time of 19:45.2.

Catawba’s women’s team score was good for 28th, a first national ranking that includes the top 30. Both races were held in a park on the Puget Sound and were hosted by Seattle Pacific University. The cross country championships were part of the D-II Festival with champions in six sports crowned during the week in Seattle that involved over 1,000 athletes. Catawba’s cross country runners and coaches will return to campus on Saturday evening.

Cross country and track and field coach Jason Bryan said, “This was a tough race on a sloppy course, but we had a really good year. We had lots of firsts this year, but we want these things to become a habit. Both the men and women’s teams are loaded with freshmen and sophomores, so the future is extremely bright.”

Complete results for the cross country events can be found at www.leonetiming.com