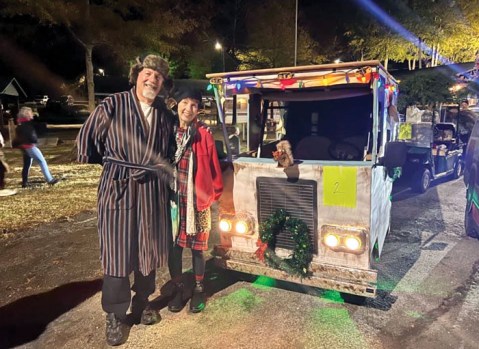 The winning cart of the Frosty Fest golf cart parade. The cart is a replica of Cousin Eddy’s Winnebago RV from the 1989 movie National Lampoon’s Christmas Vacation. Submitted photo 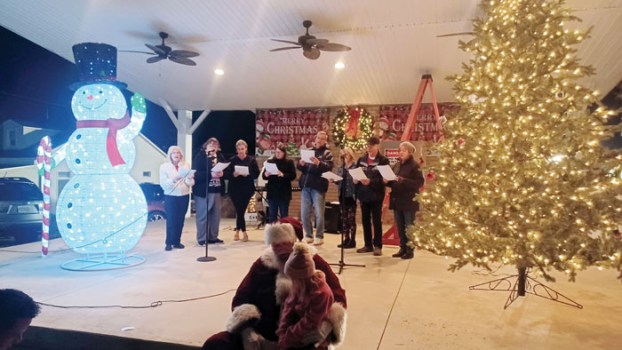 The Faith Chorus sang a few songs on the entertainment stage after the Christmas tree lighting. Submitted photo 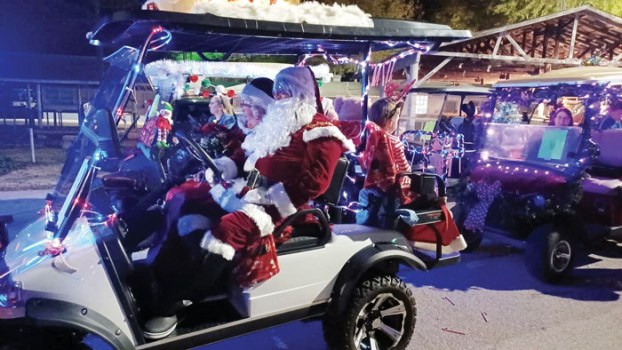 FAITH — Twenty-nine golf carts and UTVs paraded through Main Street in Faith on Saturday, as part of the first Frosty Fest, a holiday festival the town started to celebrate the holidays.

Those who participated in the parade decorated their carts and UTVs with all kinds of holiday cheer: Christmas lights, Christmas trees, wreaths, candy canes and gift-wrapped presents. The parade was also a competition for who had the best decorated cart, with the winning cart being a replica of Cousin Eddy’s Winnebago RV from the 1989 movie “National Lampoon’s Christmas Vacation.” Second place went to a cart with a fully dressed Santa driving and Christmas lights strung about the ride.

“We always wanted to have a parade at Christmas time, but everyone’s got one so I wanted to do something different, so I thought a golf cart parade would be neat,” said Faith Mayor Randall Barger, who was one of the main organizers of the fest.

But the parade was just one event of the fest, which lasted six hours, starting at 2 p.m. and finishing up at 8 p.m. The festivities took place at the entertainment stage behind the Faith Town Hall, across from the American Legion. Barger said he thought well over 500 people attended.

Song and dance performances kicked off the fest, starting at 3:30 p.m. with the Erwin Middle School Chorus. Other performances included two dance numbers by Dimensions Dance Arts and Studio B Dance Company, as well as another concert by the West Rowan Chamber Choir.

After the performances and the golf cart parade, a Christmas tree lighting and an ugly sweater contest was held on the entertainment stage, accompanied by a large, lit up Frosty the Snowman. The Faith Chorus also performed a few songs.

The festival was the brainchild of the Faith Frosty Fest Committee and volunteers, who came together in May to make the arrangements. The committee was made up of Barger, Cindy Ehrman, Jane Lingle, Crista Stubbs and Pam Alexander. In previous years, Faith had a tree lighting for residents the day before Thanksgiving, but decided to try something else because of other events going on the same day like the Salisbury Thanksgiving parade.

“After meeting and talking with people on the committee, we decided we really wanted to go towards a festival,” Ehrman said, who served as the Frosty Fest Committee chairperson.

When they originally planned the fest, Ehrman said the committee was hoping for about 10 to 15 arts and craft vendors, but when the day finally arrived approximately 50 crafters came to the town to start selling. Three food vendors also came to the fest, The Little Piggy, The Donut Shack and The Cake and Candy House.

“We had huge crowds, we were very successful from the time we opened to the time we closed,” Barger said.

Because of the huge success of the first one, both Ehrman and Barger said there will most definitely be a second Frosty Festival next year, and the preparations are already underway.

“That’s our plan, yep.” Ehrman said. “We already have notes for what we’re adding to it.”