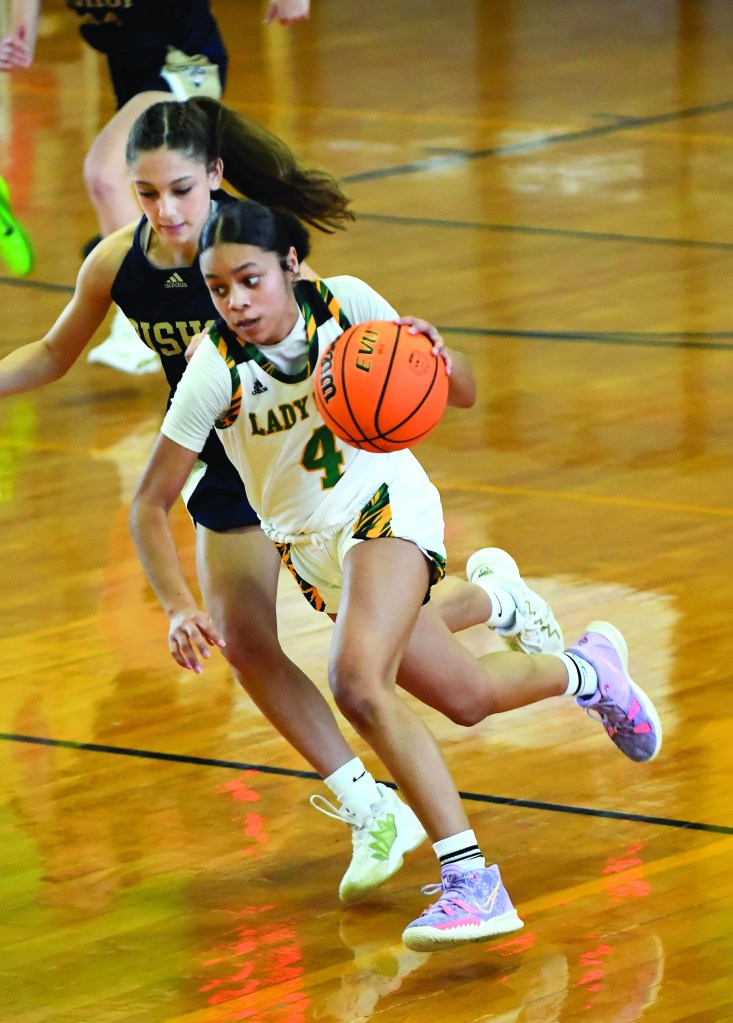 Goodlett scored a career-high 30 in North’s season opener on Monday, a breezy 54-20 non-conference win against South Rowan. Her previous high was 26.

Goodlett, who had seven steals and four assists, could have scored 40. She had 24 points at halftime, but the Cavaliers backed off the pressure and worked on half-court sets in the second half.

“Bailee is one of the quickest guards in the state and we plan to utilize her speed,” Walker said. “She got some easy transition points because of her defense and because of her teammates’ defense. South really wanted to go inside with the ball, but we did a good job of shutting that down and got some steals.”

Brittany Ellis scored 10 points and blocked a shot before twisting an ankle. Walker doesn’t believe it’s a severe injury and she’s not expected to miss any time.

All in all, it was a great start for the Cavaliers against a South team that had won its opening game.

“We had tons of energy,” Walker said. “We really didn’t shoot the ball as well as we will, but the important thing is we were getting the looks we wanted.”

Kynlee Dextraze scored six to lead the Raiders, but South made only five field goals. Madilyn Cherry made South’s only 3-pointer. South scored in single digits in every quarter.

“Rough night,” South coach Alex Allen said. “A lot of turnovers and a lot of mental mistakes that we can’t have. Thankfully, it’s our second game and going forward, we’ll learn from it.”

MOUNT PLEASANT — East Rowan’s girls used accuracy at the foul line to pull away from Mount Pleasant in a low-scoring contest.

“Missed a lot of layups in the first half, but finished at the rim better in the second half and made our free throws,” winning coach Bri Evans said.

Peyton Whicker, Hannah Waddell and Addie Plott scored eight each to lead the Mustangs in their season opener.

KANNAPOLIS — There were more growing pains for Carson’s girls basketball team on Monday.

The Cougars missed 15 free throws and lost to A.L. Brown 53-29. The Wonders ended a nine-game losing streak against Carson. They hadn’t won against the Cougars since they beat Carson twice in the 2014-15 season.

Allie Martin scored eight of her 11 points in the fourth quarter for Carson (0-2). Julia Burleson made two 3-pointers and scored eight.

MOUNT PLEASANT — Mount Pleasant used a second-quarter surge to build a lead and dominated the second half to pound East Rowan 76-46 on Monday.

Easton Leonard scored 21 and Adam Sheperis had 20 for the hot-shooting Tigers (2-0), who opened the season on Friday with a 61-53 win against Carson.

“We didn’t have a good offensive game and that was due to Mount Pleasant’s defense,” East coach Andrew Porter. “We struggled to get into our offense, could never get any rhythm. We’ve got a lot to learn and we’ll take we learned tonight and get better.”

Mikey Beasley scored 13 for the Cougars. Colin Ball scored 12, while BJ Howard had 11.

Carson (1-1) controlled the action in the second quarter to take a 25-18 halftime lead.

Polk and Charleston were hot in the second quarter as the Cavaliers stormed to a 51-16 halftime lead.

All the Cavaliers scored.