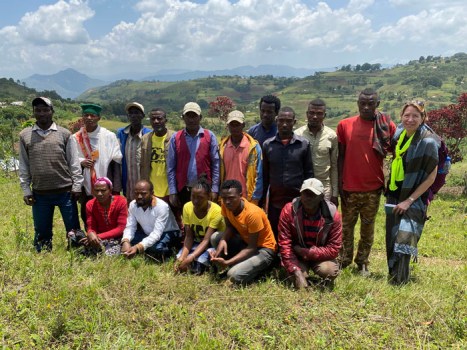 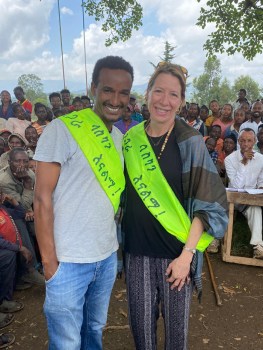 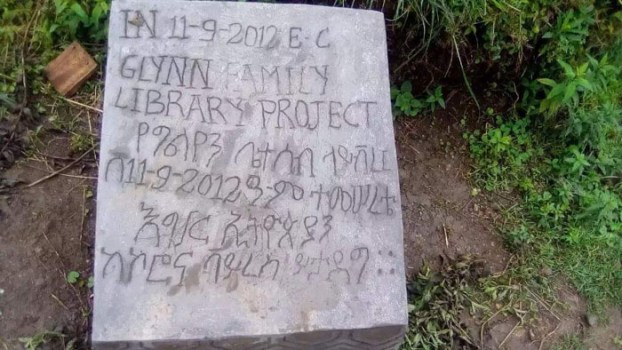 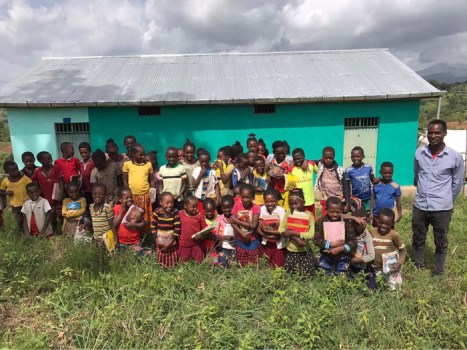 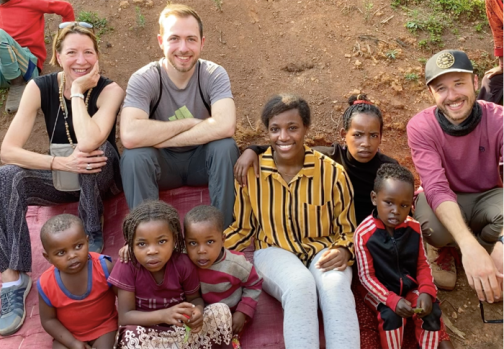 I wonder when Mark Twain wrote, “The man who does not read has no advantage over the man who cannot read,” considered those who don’t have access to books? I collaborated with Salisbury native and current Hickory resident Elizabeth Scheld Glynn on this account of how she took on a massive project to bring a library to the people of Debtsa, Ethiopia.

The remote agricultural community is nestled high in the mountains in the southwest region of the small African Country. To reach the village, you have to endure a difficult and challenging two-day drive from Addis Ababa, mainly on dirt roads. Their task and the people are so important to her, she and her family have made the trip several times. They undertook this arduous journey because part of her heart is firmly planted there. It’s where her adopted daughter, Mati, is originally from, and where her siblings still live. Elizabeth said that although they live halfway across the world from the loving people of the village, they’re never far from her thoughts. She added that she and her husband feel honored that the people of Debtsa gave them the gift of a beautiful daughter. For that reason, Elizabeth shared that she feels a responsibility to plant seeds of opportunity for all the village’s children through a library.

During a 2018 trip, she, her husband Rob, and Mati visited their daughter’s African family, and took a load of supplies to be distributed at the local school. They did this on a leap of faith not knowing whether one even existed. They were excited to find that a primary school did exist with an enrollment of 800 students from K-8th grades. They learned that the younger grades were taught in the local Basketo language, while grades 3-8 learned the national language, Amharic, as well as English. The school day is split into two halves with the older students attending in the morning and the younger ones in the afternoon.

The centerpiece of the village is a large ficus tree that stands tall in the center of it. The school that they visited rests proudly on the top of a hill with the tree’s top adorning it like a crown of royalty. After meeting the instructors and the school’s headmaster, the family contingent led by Elizabeth was awestruck at their commitment to education considering most of the adults can’t read or write. The headmaster takes a firm, unapologetic approach to education, and shared that if a student is absent due to truancy, he will personally seek them out and bring them to school. After taking in their dedicated approach to education, Elizabeth asked the staff how they could help, and the response was they needed a library. Thus began the Glynn Family Library Project.

Two years after that initial visit, her two sons joined her and Mati on a trip back to the village with additional supplies. This time she was armed with a strategic plan to involve the people who live there in the process of developing the library and overseeing its construction. She assisted the villagers in seating a 16-member committee made up of school faculty and respected members of the community. Believing in the importance of female empowerment and them having a voice, she ensured the committee included women from the village. The person chosen to head the finance group was a local women’s health and rights advocate. For the initial startup, Elizabeth poured in her own money taken from her clothing business. The villagers showed immeasurable determination as the first phase of the library project began and construction was completed during the COVID-19 pandemic.

The second phase consisted of building and delivering tables, chairs and bookshelves. Elizabeth continued to fund the project from personal finances but realized that wasn’t sustainable long term. She found that many other family and friends were eagerly willing to support the project. Elizabeth partnered with Ethiopia Reads, a nonprofit organization that builds and supports libraries and literacy in Ethiopia, and they established an initial goal of $12,000. She surpassed that goal and the library’s construction was completed in the spring of 2022. Although they reached their goal, Elizabeth is still accepting donations to ensure the longevity and success of the library. The new goal is $15,000. She beamed with pride as she excitedly reported that Phase 3 has begun-the books! The generous outpouring during the fundraising campaign enabled them to make an initial purchase of 10 copies each of 65 early reader books in Amharic and English from the Open Hearts, Big Dreams company. Representatives from Ethiopia Reads will deliver the books this month, so financial help is still needed. While there, they’ll conduct teacher training sessions at the library. They want to ensure they’re reaching every language population, so they’re working with the Open Hearts, Big Dreams company as well as a local professional to translate the early reader titles into Basketo.

Elizabeth is a fierce protector of the Debtsa culture and is committed to ensuring its survivability. She noted that linguists first documented Basketo, which is a distinct language spoken by 60,000 people, only 10 years ago. The language is in a perilous position and has been designated as vulnerable by the Endangered Languages Project. Elizabeth is proud that the books they’re offering will be the first children’s books translated and offered in Basketo. Initially, 20 titles will be in Basketo, but their goal is to eventually translate all those in their inventory.

To support the Glynn Family Library, you can make a tax-deductible donation at https://www.ethiopiareads.org/donations/debtsa-library/