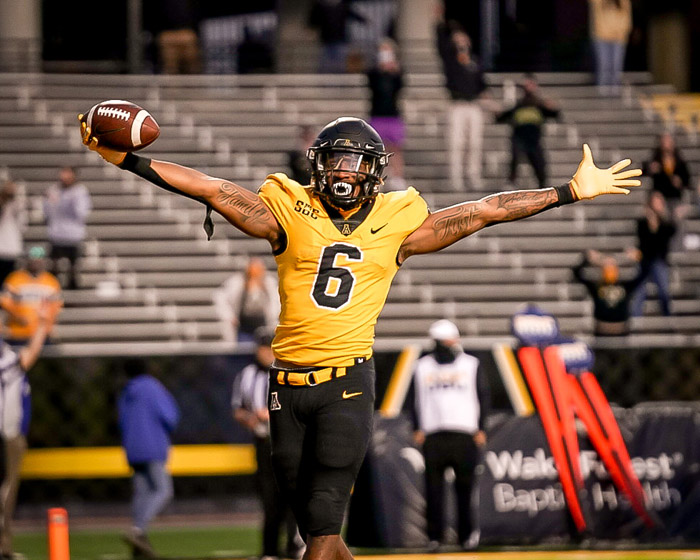 The Appalachian State defense forced two turnovers on Georgia State’s opening three drives of the second half to take control. The Mountaineers also secured a fumbled with 1:20 left in the fourth.

Peoples scored on a 16-yard run to pull Appalachian State within 14-7 late in the second quarter. Marshall went untouched for a 37-yard touchdown to tie it at 14-all and Brice’s 2-yard touchdown run gave App State its first lead at 21-14.

Darren Grainger rushed for 90 yards and a touchdown, and he threw for 72 yards with an interception for Georgia State (2-5, 1-2), which has lost all nine meetings with Appalachian State.
Georgia State coach Shawn Elliott and App State coach Shawn Clark were teammates on the Mountaineers’ 1995 team that went undefeated during the regular season.