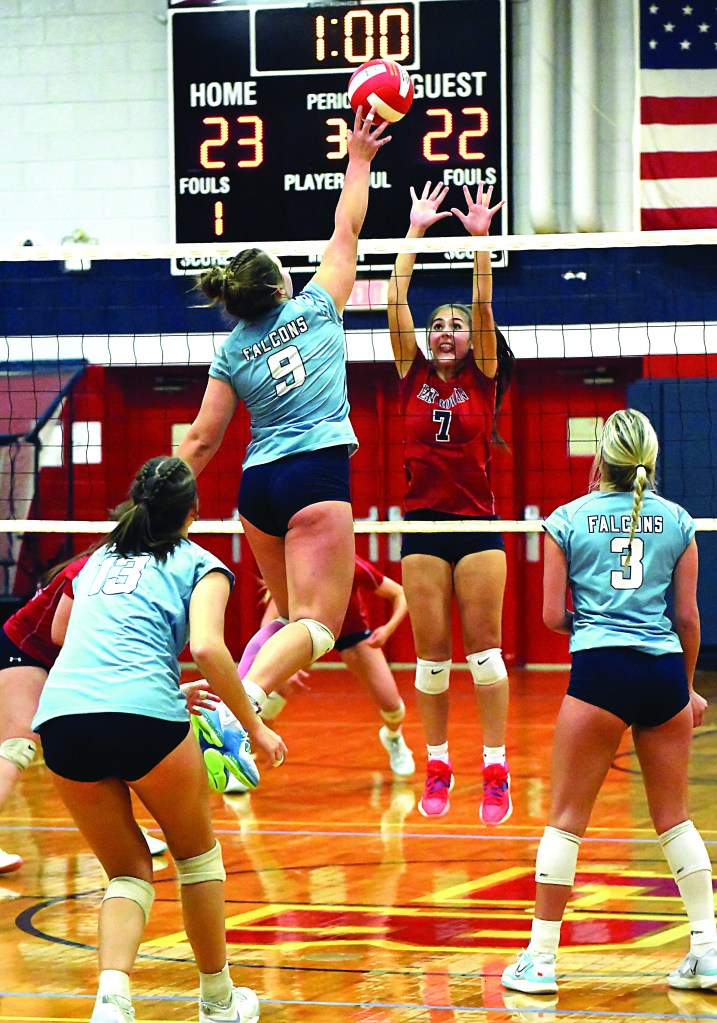 Salisbury dropped the first set but came back to beat Lexington on Thursday in Central Carolina Conference volleyball.

Salisbury (14-5, 7-4) will finish third in the CCC. The Hornets have a non-conference match with Montgomery Central on Monday and will host North Rowan in their final game of the regular season next Thursday.

The CCC Tournament is scheduled for Oct. 17-19.

Salisbury won’t automatically qualify for the 2A state playoffs unless it wins the CCC tournament.

The Hornets are ranked 26th in 2A West by MaxPreps and have a good chance of being in the 32-team bracket as an at-large team.

Seeding for the state playoffs will be announced on Oct. 20. The playoffs begin on Saturday, Oct. 22.

East will go into the last week of the regular season tied for second place in the South Piedmont Conference with Carson and South Rowan.

Ranked fourth in 3A West by MaxPreps, West (17-3, 12-0) has wrapped up the regular-season championship and a berth in the state playoffs.

East Rowan is ranked 11th in 3A West by MaxPreps, with Carson 14th and South Rowan 16th. Lake Norman Charter is ranked 22nd.

East (16-4, 8-4) concludes the regular season with road contests against Concord and Northwest Cabarrus that the Mustangs should win.

Carson (16-6, 8-4) has the toughest finishing week. The Cougars play at West on Monday and host Lake Norman Charter on Wednesday.

West is set to host the conference tournament.

Seeding for the state playoffs will be announced on Oct. 20. The playoffs begin on Saturday, Oct. 22.