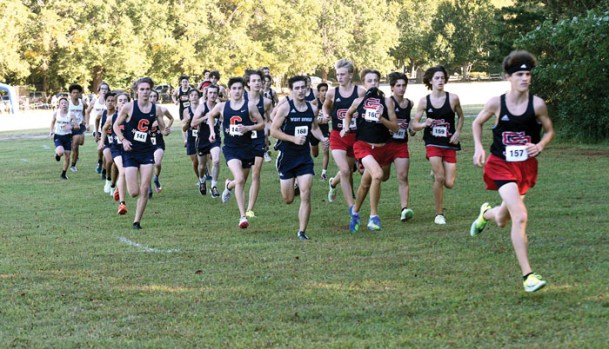 The boys cross country runners take off shortly after the start of the race with winner Eli Julian (157) in front. Second place finisher, James Anderson 141, Ethan Wilson 168 was 5th, Bricen Burleson 159 was 8th. photo by Wayne Hinshaw for the Salisbury Post 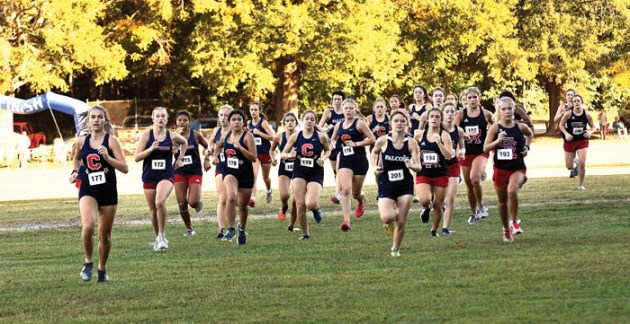 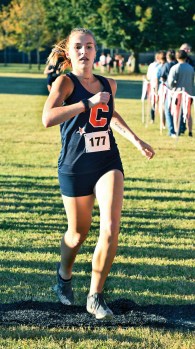 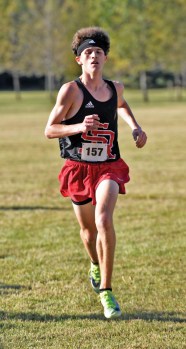 SALISBURY — It was business as usual for Rowan County cross country on Thursday despite a newly configured course at Dan Nicholas Park.

Carson’s girls won again, maintaining and extending a very strong run under coach Les-Lee Efird. The Cougars, who had a score of 43, have won four straight county championships and seven in the last nine years. They were second the two years in that stretch when they didn’t win it.

Individually, Carson senior Makayla Borst returned to the top. She came in second in a close race in 2020 behind teammate Camden Corley. Salisbury’s Sutton  Webb breezed to victory in 2021.

On the boys side, South junior Eli Julian clocked 16:27, one second faster than his winning time in 2021.

His two county titles have come right behind the three straight individual championships by his brother Noah.

More on the cross country championships will be in Sunday’s Post.