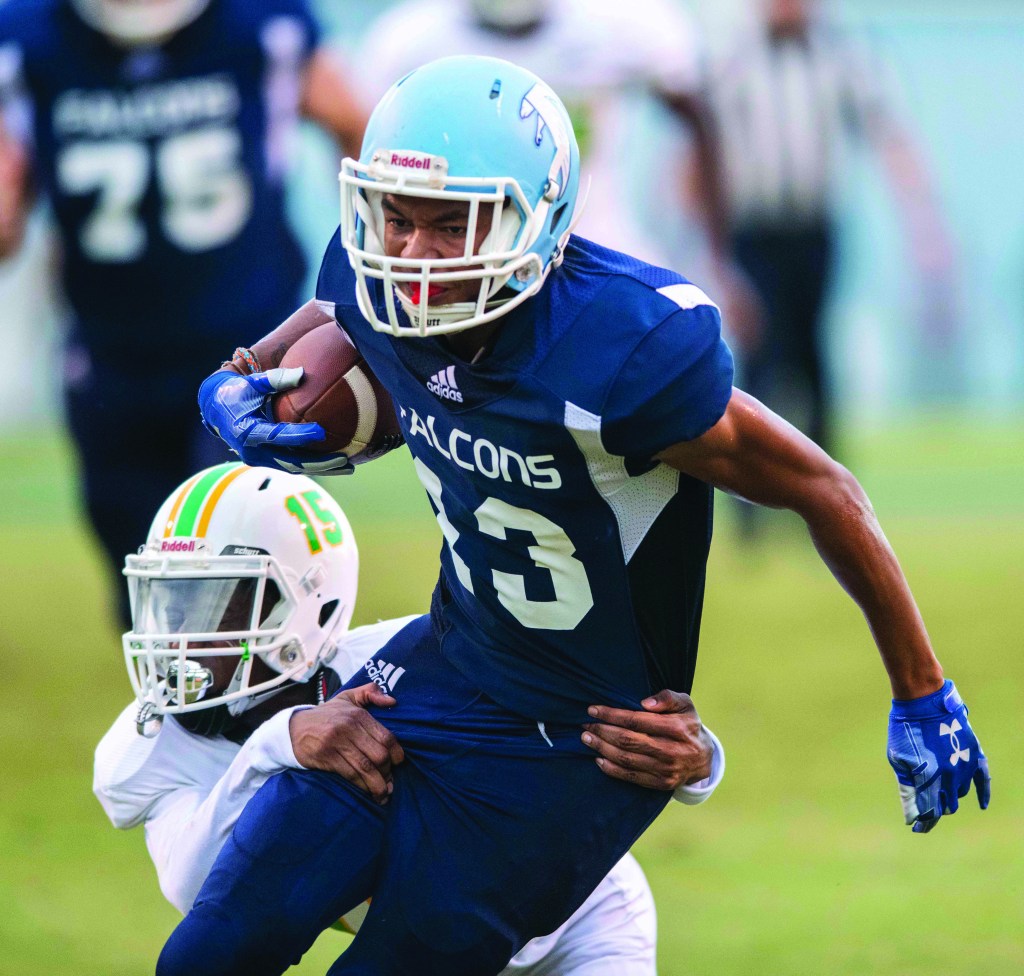 KANNAPOLIS — History is fine, but making plays in the present is a whole lot better.

Two decades of West Rowan domination against Northwest Cabarrus went out the window on Thursday as part of the Trojans’ triumphant homecoming celebration.

The Trojans used receiver Tevin Tucker and a relentless defense to beat the Falcons in a game with huge implications in the South Piedmont Conference. Usually outmuscled by the Falcons, Northwest ended a 12-game losing streak in the rivalry, topping West for the first time since 2002.

Northwest’s 20-7 victory over the Falcons and Carson’s 20-13 win at Concord mean the Trojans (6-1, 3-0) are now the league leaders and the favorites, and West (5-2, 2-1) is now just one of the teams chasing the Trojans. Carson, Concord and Central Cabarrus are also still in the race with one SPC loss each.

After a scoreless first quarter, a spectacular, over-the-shoulder catch by Tucker, a James Madison commit, set up Northwest’s first touchdown, a 2-yard run by RaeJae Waters.

West spiraled into a 14-0 hole when linebacker Tyler Orscheild made a pick-six.

With West reeling, Tucker made a diving catch in the end zone to push the home team’s lead to 20-0. It was a disastrous second quarter for the Falcons.

West moved the ball into scoring territory, but declined the field-goal attempts, and the Trojans got the fourth-down stops.

“I didn’t know we were going to be able to shut them out in the second half,” Kraft said. “In hindsight, there were times when we got down there tight and and we probably should’ve taken the field goals.”

West finally broke through early in the fourth quarter. Lucas Graham hit a big pass play to Adrian Stockton and then found Evan Kennedy for a 10-yard score.

West’s defense got a three-and-out not more than a minute after the Falcons scored, but another Northwest interception — they had three — gave the ball back to the Trojans with 7:41 left.

Northwest couldn’t score, but was able to take minutes off the clock.

Waters ran for 108 yards for the Trojans, while Alex Walker threw for 113.

Northwest’s defense shut down West’s normally potent running game and was able to bring pressure in passing situations. That led to interceptions.

Stockton had seven catches for 133 yards, while Kennedy had 10 for 70.

Northwest Cabarrus heads to Carson next Friday for what has suddenly become a very big game.

West is off this week.

“We’ve got to rally the troops and try to finish 8-2,” Kraft said. “We can still make some noise.”