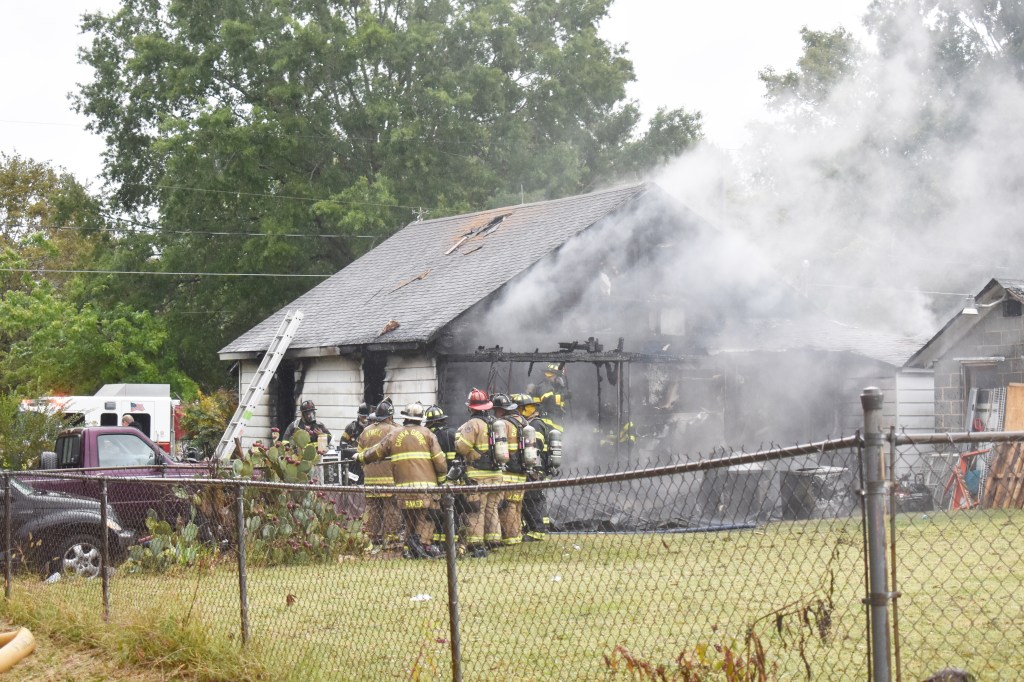 CHINA GROVE — A second fire Friday morning caused extensive damage to the inside of a Virginia Avenue home.

Firefighters battled a blaze that burned hot and fast in a single family home Friday morning but no one was injured, according to officials.

Neighbors said they heard what sounded like an explosion before the fire broke out, but Rowan County Fire Marshals said no cause has been determined.

The fire began in the back of the house but spread to the front and partially into the attic of the home.

A woman at the scene said her father built the house years ago, though no family members lived there now, and she hated to see it so damaged.

“Just bring the bulldozer and knock it down,” she said, in tears. “I can’t stand to see it like this.”