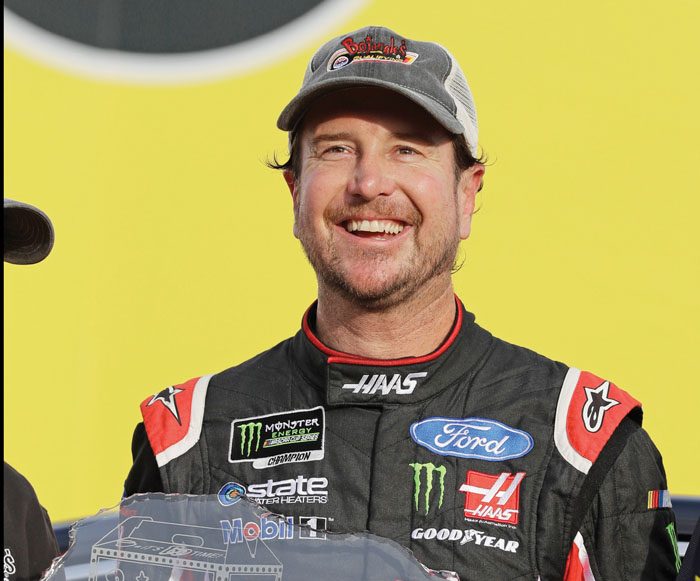 CONCORD — Kurt Busch said Tuesday he remains “hopeful” he will recover from a concussion in time to race again before the end of the NASCAR season.

The 2004 Cup champion has been sidelined since he crashed July 23 during qualifying at Pocono Raceway. He’s so far missed 10 races — both Ty Gibbs and Bubba Wallace have driven the No. 45 Toyota for 23XI since Busch was injured — and withdrew his eligibility to participate in the playoffs.

“I’m doing good. Each week is better progress and I feel good and I don’t know when I will be back, but time has been the challenge. Father Time is the one in charge on this one,” Busch said.

Six races remain this season and 23XI co-owner Denny Hamlin said the team has contingency plans for Busch’s recovery and is not pressuring the 44-year-old to get back in the car. Busch is under contract through next season with an option for 2024.

Busch has attended a variety of events to stimulate his recovery and enjoyed an evening at the rodeo over the weekend. But his visit to Charlotte Motor Speedway on Tuesday for its 10th annual honoring of Breast Cancer Awareness Month was Busch’s first official appearance as a NASCAR driver since his injury.

He attended for the second consecutive year as part of his “Window of Hope” program in which all the window nets on the Cup cars will be pink meshing in next week’s race on The Roval at Charlotte. Busch credited the Toyota Performance Center at TRD’s North Carolina headquarters for helping his recovery and getting him out to events again.

“I feel hopeful. I know I have more doctor visits and distance to go, and I keep pushing each week,” Busch said. “And TPC, Toyota Performance Center, has been a group of angels with the workouts and the vestibular workouts, different nutrition as well and different supplements and things to help everything rebalance with my vision, my hearing. Just my overall balance in general.”

He said his vision is nearly 20/20 in one eye, but his other eye has been lagging behind in recovery. Busch also said he wasn’t sure why he was injured in what appeared to be a routine backing of his car into the wall during a spin in qualifying.

NASCAR this year introduced its Next Gen car that was designed to cut costs and level the playing field, but the safety of the spec car has been under fire since Busch’s crash. Drivers have complained they feel the impact much more in crashes than they did in the old car, and a rash of blown tires and broken parts has plagued the first four races of the playoffs.

Busch said his concussion “is something I never knew would happen, as far as injury” and likened his health battle to that of the breast cancer survivors who aided him in painting the pit road walls at Charlotte pink for next week’s race.

“Each situation is different. It’s similar to a breast cancer survivor. Not every story is the same, not every injury is the same,” Busch said. “It’s not like a broken arm and then you get the cast taken off and can go bench press 300 pounds. It’s a process. I don’t know what journey I’m on, but I’m going to keep pushing.”