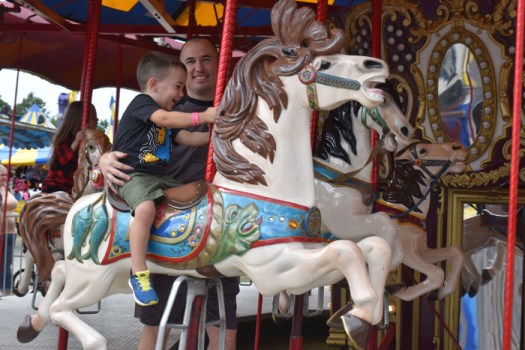 Justin Morris and his son, Jax, 3, were all smiles on the merry-go-round Saturday evening. Elisabeth Strillacci/Salisbury Post 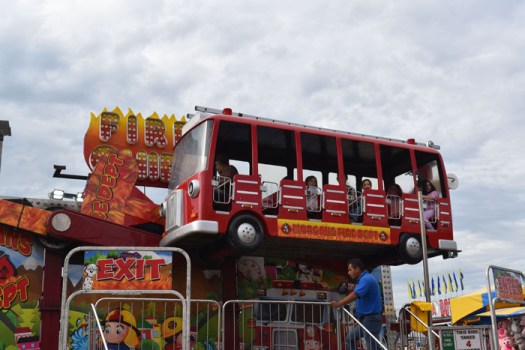 You may not get to ride in a real fire truck, but fair visitors got the next best thing — a ride on the Morgan's Fire Department truck. Elisabeth Strillacci/Salisbury Post 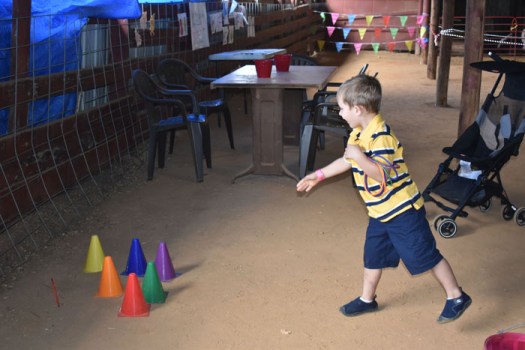 Three-year-old Owen Cutich had rearranged the cones to better suit before trying the ring toss in the barn at Rowan County Fair Saturday. Elisabeth Strillacci/Salisbury Post 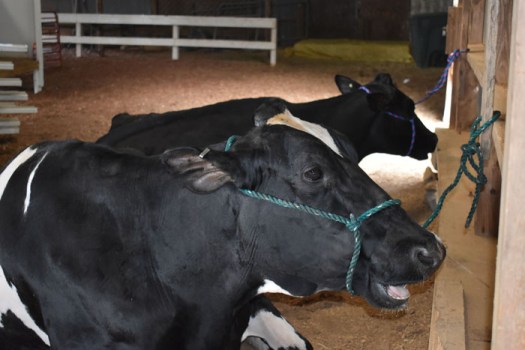 The dairy cattle show was earlier in the day Saturday, but rather than putting this beautiful girl in a smaller trailer while her family ventured out to enjoy the fair, they got the OK to let her have some space to spread out and have fresh air in the large barn. Elisabeth Strillacci/Salisbury Post 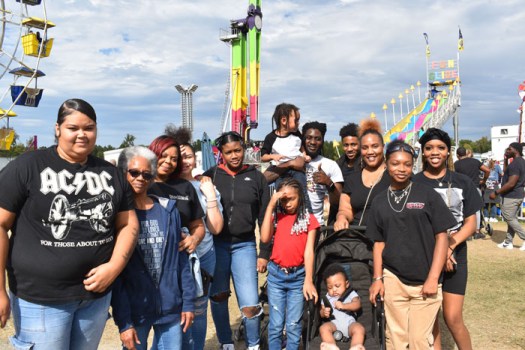 Members of the Ward family made a full event out of attending the Rowan County Fair on Saturday. Elisabeth Strillacci/Salisbury Post 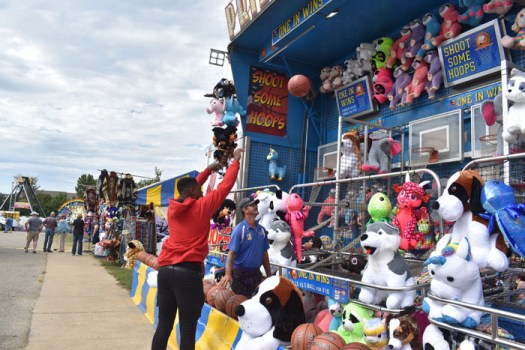 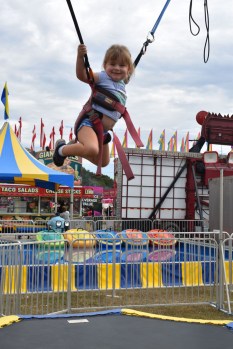 Ellie Stirewalt, 3, was having the time of her life on the parachute jump "ride" Saturday at Rowan County Fair. Elisabeth Strillacci/Salisbury Post

SALISBURY — After a year’s hiatus due to COVID, the Rowan County Fair was back in full force this week, drawing to a close Saturday with a full house once again.

David Correll, who is on the board of the Rowan County Fair and who has a farm in Cleveland, said “the crowds have been really good, which we’re grateful for, but we have always had great community support.”

Correll said he has been involved in the fair for more than 20 years, and he and his wife, Cheryl, who works with him on managing the barn and agriculture display, are “passionate about educating people about agriculture,” though in recent years, changes to state regulations regarding animals has made it a bit of a challenge.

“We can’t allow folks to pet the animals or get that close anymore,” he said, “so we’ve tried to compensate with displays and information so kids and families still get information on how farms work.” In addition to he and his wife, members of West Rowan High School’s FFA club (Future Farmers of America) volunteer to help at the barn during the fair as well.

Correll said the fair is actually run by the Rowan County Fair Association, not the county itself, and that it is all run by volunteers.

Initially, the county owned the fair grounds, and the Jaycees put up all but the newest building, but several years ago the association purchased the fair grounds, including the buildings. With substantial help from the Hubert and Blanche Ritchie Foundation, he said the newest building on the property, which houses the ticket purchase/pickup office and has a large indoor display floor, was a great help in recouping some of the income lost during the pandemic.

“Renting that out for events and organizations has been a tremendous asset in getting our income stream re-established,” he said.

The annual event is intended to be a family-friendly, community based event, and this year it lived up to that in spades.

Natalie Ward and about 10 family members were first-time attendees and were having a grand time.

“We’re from Charlotte and were looking for something to do that is family friendly,” she said. “Given all that has been happening lately, this just seemed like a great thing to check out.” She said she herself was looking forward to fair food, “I’m a candy apple girl,” she thought the kids were likely more interested in the rides.

Staci Heim and her three-year-old son, Owen Cutich, were playing ring toss in the barn before heading out to see more the fair had to offer.

“We ride by it every day on our way to school and he’s been asking to come,” she said. The family lives near Faith, and did attend last year as well and she said Owen remembered it. “It’s a nice way to spend an afternoon.”

Tim Oswalt, who has been working for Powers & Thomas Midway Entertainment for 10 to 15 years, said he loves what he does.

“I’ve been in the fair business for 20 years,” he said. “I haven’t been to Rowan in a few years, but it’s nice to be back. Really nice people here.”