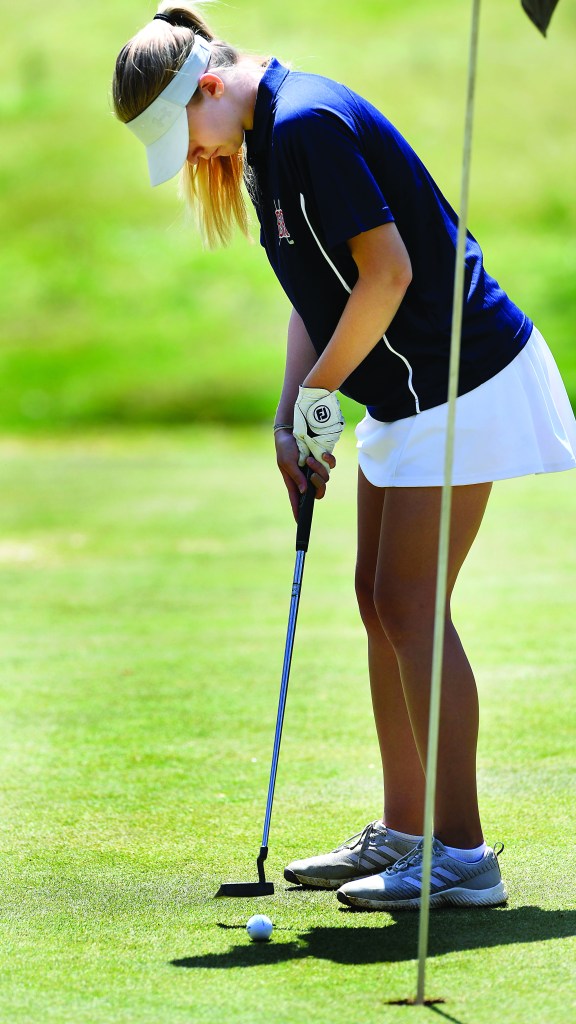 The Mustangs have won all the SPC matches so far. South Rowan placed second at 151. Lake Norman Charter shot 153.

Salisbury shot 171 and was second to East Davidson (167) in Central Carolina Conference golf this week.

West Rowan’s Ethan Wilson was the individual winner in 17:58.

Gavin Rodgers was seventh in 20:09 to lead East Rowan runners.

The Falcons finished second, with East third. Carson was seventh.

In the girls race, West’s Katie Roberts was the individual winner in 21:59.

South was third, with Blythe Elliott seventh in 23:53 and Madison Beaver ninth in 24:10.

Makayla Borst was 23:33 and placed sixth to lead Carson to fourth place.

A member of the South Charlotte Panthers, Gray was clocked recently at 92 mph.

Gray’s father, Charlie, is a Livingstone graduate who has coached football at a number of area schools.

Jackson Kirila scored two goals for Concord in a 3-2 SPC win against Carson on Wednesday.

Carson goals were scored by Junior Rios and Anthony Medina-Beckham.

Jose Hernandez made eight saves for the Falcons.

Salisbury improved to 7-4 overall and 3-2 in the Central Carolina Conference with a 2-0 victory over the visiting Lexington Yellow Jackets on Wednesday.

Next up for the Hornets is a non-conference match at home on Monday vs. West Stanly at 6 p.m.

East topped Lake Norman Charter 3-1 on Wednesday on Volley for the Cure Night and swept Statesville on Thursday Throwback Night.

The Mustangs came back after losing the first set to beat Lake Norman Charter.

Hinceman had 20 kills, while Dani Steelman had 13 kills and four blocks. Anasty Faavesi had 11 kills. Riley Hill had four aces and 20 digs. Hallie Cox had 42 assists.

Gianna Patella had 16 kills to lead Carson’s sweep of Concord on Wednesday.

·South Rowan’s Leah Rymer got her 1,000th assist in a sweep of Central Cabarrus on Wednesday.

Catawba’s Madison Clay was named the runner of the week for the South Atlantic Conference.

Clay, a freshman from Morganton, set a Catawba women’s cross country record at the Converse Kick-off on Saturday. She won the 6K in 22.05.

•  Catawba’s Erick Ramirez was named the runner of the week for SAC men.

Ramirez, a junior from Dobson. won the Converse Kick-off. He shaved 50 seconds off his time from his first meet, winning the 8K in 24:44, an average of 4:58 per mile.